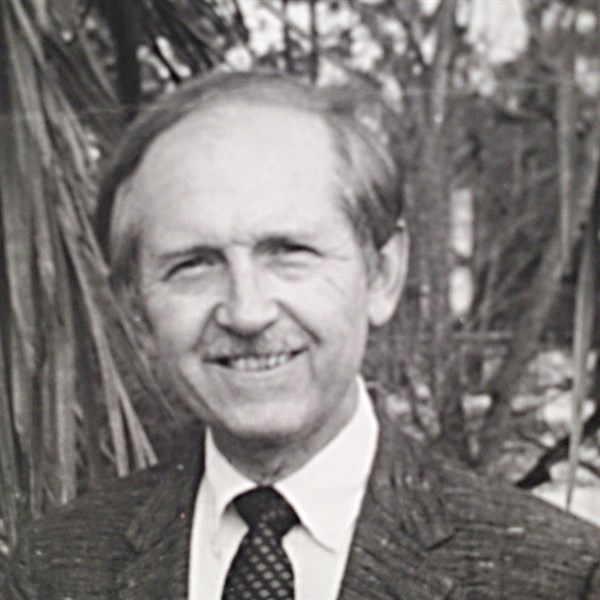 William Lewis Oliver, Jr.
Dec. 26, 1930 – Feb. 4, 2015
South Georgia lost a valuable citizen, father, educator, and minister on February 4, 2015, when William Lewis Oliver, Jr. (Bill) passed away.
A memorial service will be held at 10 a.m. on Friday, February 6, 2015 at the Cairo First United Methodist Church Fellowship Hall, Cairo, GA.
Bill was born on December 26, 1930, in Cairo, Georgia, to William Lewis and Sara Bray Oliver, both deceased.  He graduated from Cairo High School in 1948, attended Emory Junior College at Valdosta, Georgia, in the fall of that year.  Afterwards, he attended Emory University in Atlanta, but his education was interrupted when he saw the need to join the United States Air Force Reserve at Dobbins AFB in Marietta, Georgia.  On March 10, 1951, his unit was activated into full-time service during the Korean War.  He was stationed for approximately a month at McDill AFB, Tampa, Florida, but he received his basic training at Ramey AFB in Puerto Rico.  He was a member of the 55th and 72nd Reconnaissance Technical Squadron, which provided aerial surveillance of Korea for the US military.  In Cheyenne, Wyoming he was selected to serve as Administrative Aide to Commanding Officer, Colonel Abraham E. Wayshak, one of the military’s most respected specialists in aerial photography.
Bill returned to Emory University after his discharge, and in the spring of 1954, he graduated with a major in Political Science and a minor in Journalism.  At Emory he made life-long friendships as a member of the Alpha Tau Omega Fraternity, for which he served as Rush Chair. His work experience included a year of work at Northside Furniture Company in Atlanta and an eleven year partnership with his father in their family-owned business at Trend Shop in Cairo, Georgia.  While working at Trend Shop, he met his wife, Naomi Glenn, whom he married on November 8, 1958.  Bill and Naomi had two children, Anne Marie and William Lewis Oliver, III (Lew).
In August 1966, Bill began working as a vocational counselor at Florida State University in Tallahassee, Florida, and in 1974 he became FSU’s first Director of Cooperative Education in the Division of Student Affairs.  In November 1974, after an earlier spiritual calling, he and Naomi both received a simultaneous call to ministry.  He left his job at FSU and began preparation for ministry, attending the summer Course of Studies program at Candler Theological Seminary, Emory University.  From 1975 until 1977, he served as pastor of the Metcalf-Bethpage charge of the United Methodist Church.  Shortly afterwards, he also was asked to become Executive Director of Vashti Center in Thomasville, Georgia.  In 1978, he took his Ph.D. in Educational Leadership, with a minor in Human Systems (Psychology), from Florida State University.  His dissertation topic was Doak E. Campbell, Educator.  Dr. Campbell was a former president of Florida State University.
In 1984 Bill was appointed pastor of the United Methodist Church of Califon, New Jersey, where Naomi began attending Graduate School at nearby Drew University.   Bill also served as Director of Pastoral Care at Glen Gardner Geriatrics Center, later known as Hagedorn Geriatrics Center.   The Olivers returned to Georgia, and Bill served as pastor of the Mt. Vernon-Ailey-Long Pond charge.
In August 1990, Bill was asked to become the first Executive Director of a ministry to service Mentally Challenged individuals, which was to become Wesley Glen Ministries of Albany, Georgia.  As a result of Bill’s strategic presentation to the Board of Directors of Agape Village, they were convinced that their 52 acre facility should donated to Wesley Glen.
After retiring in June of 1996, from June 1997 to June 2000, Bill served as pastor to the Cairo Circuit (Bold Springs, Woodland, and Friendship UMC) from June 1997 until June of 2000.  The following year he was appointed as pastor of the Baconton United Methodist Church.
Bill’s outstanding qualities were his dedication to God and his desire to serve others, wherever God chose to place him.  He had an out-going nature and a kind and gentle spirit.  He encouraged people to believe in themselves.  He was always excited about new ideas and changes which would forward the cause of Christ.  He also had a special ability for leadership and a charisma with people, sensing their needs and elevating them to new heights.
Bill was fun-loving and humorous.  He enjoyed new adventures and the great outdoors, especially hiking in the mountains or surfing the waves at the beach.  He cherished family picnics, cookouts, and holiday get-togethers.  He was an avid gardener, patiently nurturing his tender seedlings and cuttings, much as he cared for his flock.  He was a weather enthusiast.  Perhaps his greatest pleasure might have been tracking an imminent storm.
Bill is survived by his wife Naomi; their two children, Anne Marie Oliver and William Lewis Oliver, III (Lew);  three granddaughters, Elizabeth DeRoselle Oliver,  Anna Kerem Oliver-Steinberg, Isabella Oliver-Steinberg; a brother, Desaussure Ford Oliver; two nephews, Ford, and Wes Oliver; a niece, Kate Oliver Maine (Bill); two first cousins, Joan Sykes, and Carolyn Broce (Fred); and other relatives.
Contributions in lieu of flowers may be made to Vashti Center, 1815 East Clay Street, Thomasville, Georgia 31792; Wesley Glen Ministries, 4580 North Mumford Road, Macon, Georgia 31210; or to Regency Hospice, 236 South Main Street, P. O. Box 494, Hiawassee, Georgia 30546.
Those wishing to express condolences to the family may do so by visiting www.whitfieldfuneralhomes.com
Whitfield Funeral Home, North Chapel, Demorest, Georgia, assisted the Oliver family with the funeral arrangements.
Posted in Obituaries