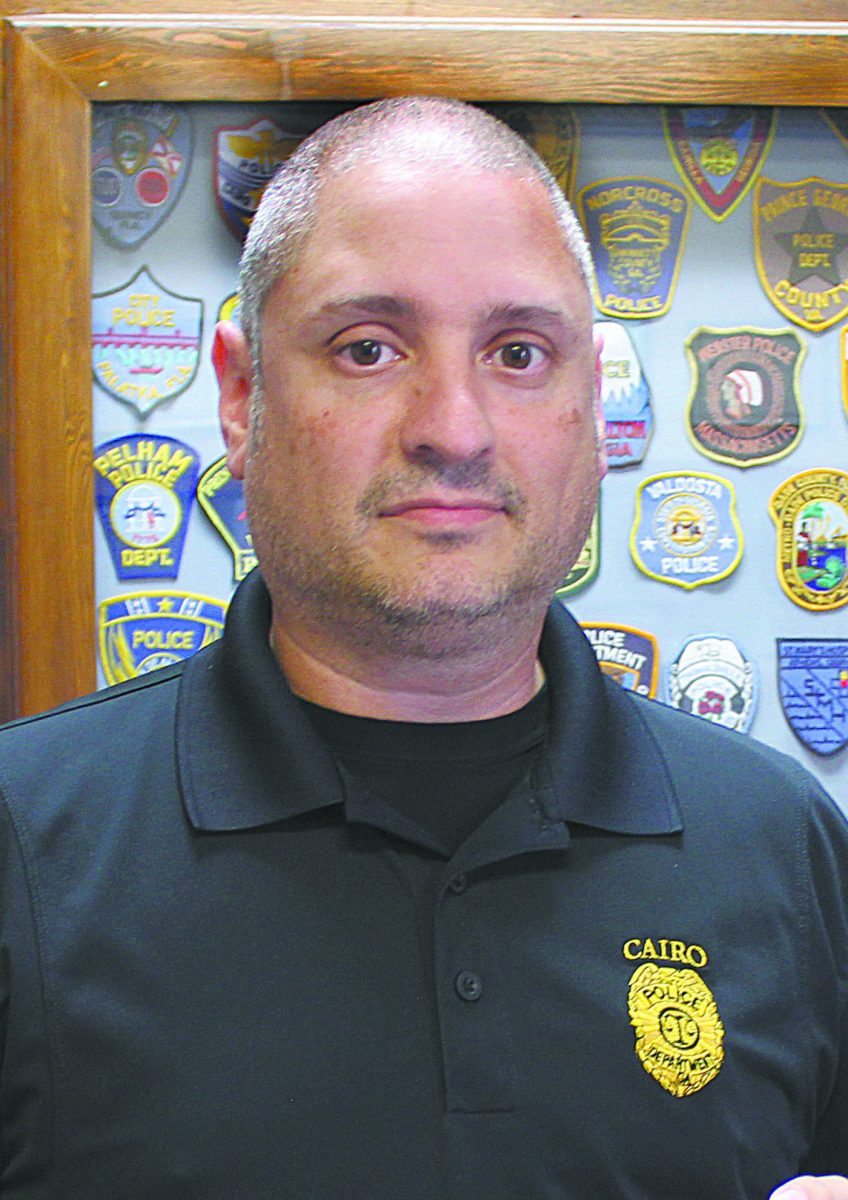 Although no official programs were held in Cairo this year for M.L. King Day due to the pandemic, Cairo City Council members expressed concern this week that a sizable crowd still packed the area around Holder Park on Monday night, Jan. 18.

Councilman James H. (Jimmy) Douglas stated his concerns during Monday’s regular meeting of the city council, pointing out that the council had not approved any special event permits.
Councilman Lannis Thornton commented, “There was a quite a crowd down there.”
Cairo Police Chief Giovannie Santos, who was in attendance at the council meeting, said officers had worked much of the day disbursing crowds that gathered in the area, but by 7:30 p.m. had received reports of a growing crowd.
“I came in and put on my uniform and we went in and started disbursing the crowd,” said Chief Santos. “At least half of the people were from Florida. There was probably more people there than what we usually have at the (M.L.K. Day) parade.”
Councilman Jerry Cox asked, “Was there no central person in charge that you could tell?”
Chief Santos said it appeared to be a spontaneous gathering promoted by social media posts of individuals.
He said those gathered responded respectfully to officers and left peaceably. “By 9:30 p.m., the park and all the streets were cleared,” Santos said.
In other city action, the council:
• Set the qualifying fees for this year’s Cairo Municipal Election, scheduled for Nov. 2.  Up for election this year are the position of Mayor, currently held by Howard Thrower III, City Council District 2 seat currently held by Demario Byrden, and City Council District 4 currently held by Douglas. Qualifying fees were set at $244.75 for the mayor’s race, and $219.60 for each of the council seats. Qualifying will be held at Cairo City Hall from 8:30 am. on Aug. 16 to 4:30 p.m. on Aug. 18.
• Approved the purchase of three new police vehicles from Stallings Motors, all 2021 Dodge Chargers, for a total of $79,335, below the $85,000 budgeted for such purchases this year. Councilman Cox asked Chief Santos, “Are we locked into Dodges?” Chief Santos said the new cars will replace two 2015 Dodges and one 2013 Dodge, making it possible to transfer the necessary equipment, such as cages and lights, from the old vehicles to the new without incurring additional costs. In his notes about the purchase, Chief Santos pointed out that the police department was able to purchase only one new vehicle last year instead of the three budgeted, due to the pandemic. The council approved the purchase unanimously.
• Heard from Councilman Douglas, who reiterated a previous complaint to the chief about patrons of the U.S. Post Office parking illegally beside the curb, which is marked as a fire zone, instead of in parking spaces. “They’re in the way. You’re going to hit them if you back out, and it’s going to be your fault,” complained Douglas. The councilman urged the police chief to have officers patrol the parking lot.
• Cairo city manager Chris Addleton was not in attendance at Monday’s meeting, which took place at 6 p.m. in the council chambers. Others who were in attendance were Mayor Howard Thrower III, and councilmen Demario Byrden and Bobby Gwaltney, city clerk Dana Barfield and Tom Lehman, the city attorney.
Posted in News