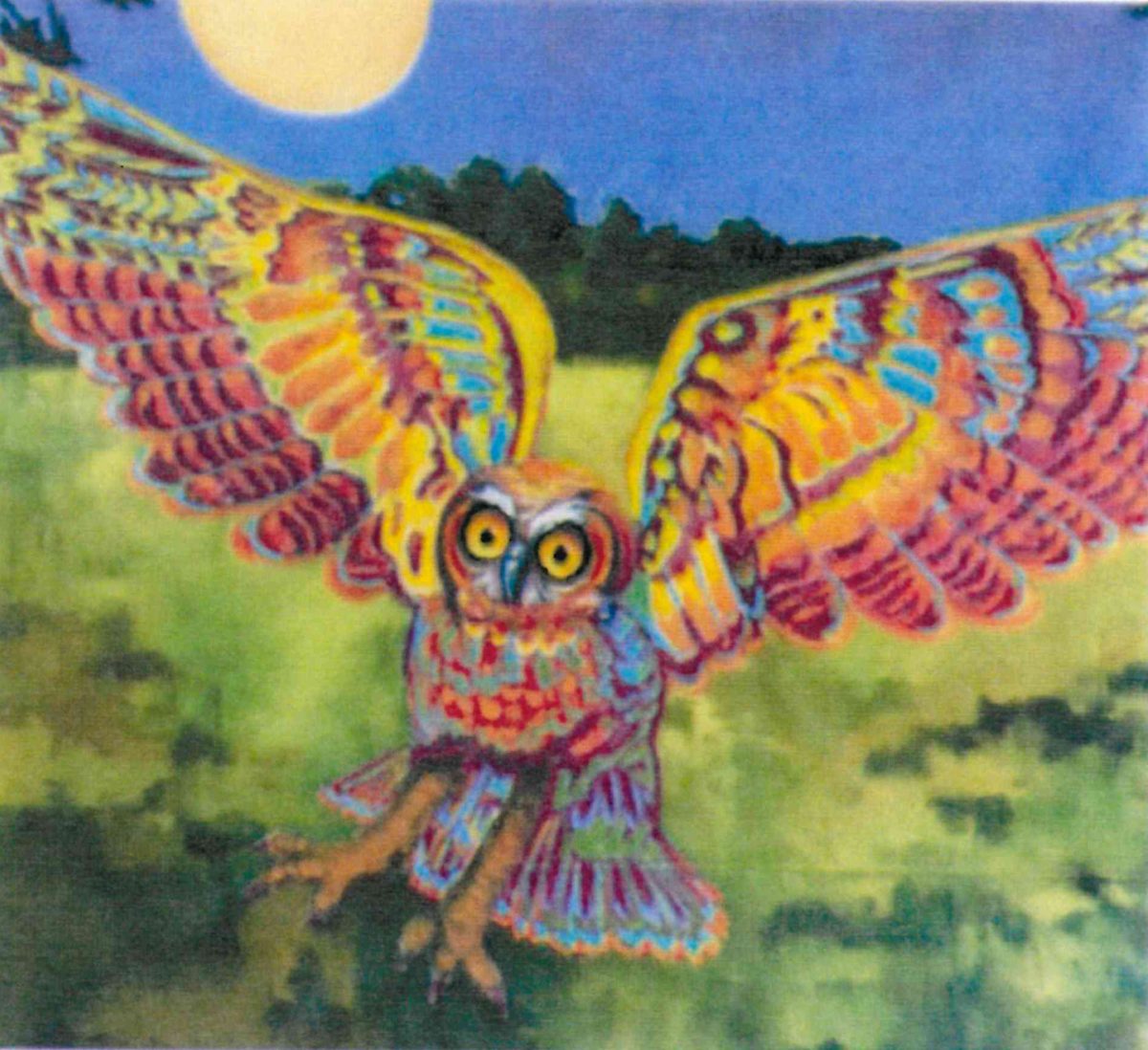 LARGE, TEMPORARY murals like this one, “Night Life” by Cindy Inman, will soon be on display in downtown Cairo thanks to a partnership between the city and the Thomasville Center for the Arts.

A traveling public art exhibition is coming to Cairo next month with the unanimous endorsement of the Cairo mayor and council.

On Monday night, the city council voted to partner with the Thomasville Center for the Arts to bring its “Walk on the Wild Side” public art exhibition to Cairo, Feb. 1 through March 14, 2021.
Eight temporary murals, measuring 12 foot x 12 foot, created by six artists, including some from Grady County, will be put on display in downtown Cairo as part of the exhibit.
Cairo Main Street director Alyssa Blakley updated the city council on the proposed partnership with T.C.A. at Monday night’s meeting.
“It is events such as these that can drive tourism and bring folks to our downtown,” Blakley said.
The exhibit is currently up in downtown Thomasville and according to Blakley the murals to be on display here will be some of those created by local artists.
The city is requested to make a $750 donation to the Thomasville Center for the Arts for participation in the traveling show as well as insuring the artwork for the period the exhibit is here.
Cairo will also be responsible for transporting the artwork to the next host city, which will be Pelham.
According to the Cairo Main Street director, the Main Street program was the recipient of some donations for downtown activities that due to COVID-19 could not take place and she is proposing using some of those funds to pay the expenses of the upcoming art show.
Although the artwork will be insured, Councilman James H. (Jimmy) Douglas expressed concern that the artwork could potentially be damaged or vandalized. “I’m just concerned with it out 24 hours a day. It could be defaced in some way,” Douglas said.
Blakley said she had been involved in outdoor public art exhibits in the past and it had never been an issue before. “People just seem to have more respect for the art,” she said.
“This is great. I’m certainly glad we are doing this,” Mayor Howard Thrower III, commented.
The murals and flora wraps to go on the decorative light poles downtown will be erected by City of Cairo forces. The traveling show pieces will be delivered here Jan. 20 and the show will open on Monday, Feb. 1.
In other business Monday night, the city council:
Appointed Councilman James H. (Jimmy) Douglas as mayor pro tem.
Delayed approval of financial statements for July, August and September 2020 due to errors in the reports that could not be corrected until November 2020 due to the conversion of the city’s accounting to a new financial management system software. Councilman Douglas, who heads the council’s finance committee, suggested delaying approval and to approve a consolidated November 2020 report once it is finalized.
Heard a report that the city’s new street sweeper was delivered sooner than anticipated and has already been put into service.
Reserved Davis Park on Saturday, April 3, 2021 for a proposed community outreach event to be held by James E. Miller, Pamela Howard and Silvia Salgado.
Reappointed city manager Chris Addleton as the city’s representative on the South Georgia Governmental Services Authority board through Jan. 15, 2025.
Posted in Breaking News