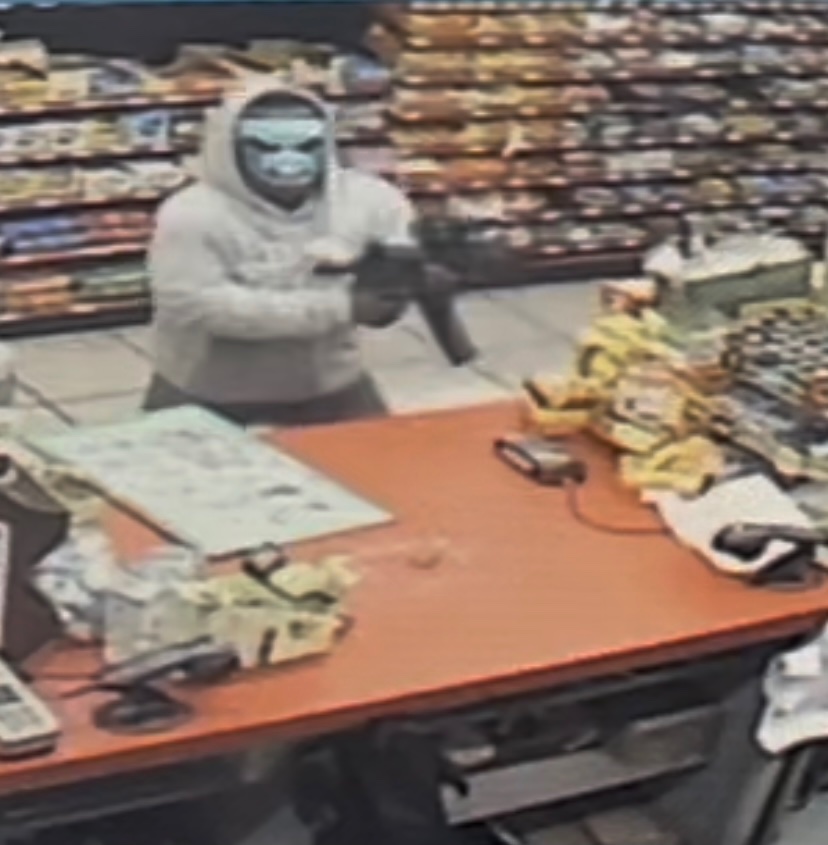 Cairo Police say they are making progress in their investigation into last week’s robbery of Trawick’s Food Mart. Investigator Tyron Griffin says two armed men who robbed the convenience store are still at-large, however.
Police were called to 1010 U.S. 84 W. at 10:53 p.m., on Dec. 10, where an employee and four witnesses said the suspects robbed the employee at gunpoint.
One suspect is a black male, approximately 6 feet tall, slender build, wearing a red hoodie, black jeans, and face mask, armed with a handgun.
The second suspect is a black male, approximately 5’10” tall, heavier build, wearing a grey hoodie, dark pants, and face mask, armed with a rifle.
Police say store security video shows the men forcing their way over the counter and taking a cash deposit.
Witnesses told police the subjects then fled east on foot.
Anyone with information that could lead to the apprehension and arrest of the suspects is asked to call Cairo Police Department Investigator Tyron Griffin at (229) 377-7381, extension 178, or by calling Decatur-Grady 911 at (229) 248-3000.