During the Cairo City Council meeting Monday night, city manager Chris Addleton updated council members on some major upcoming projects the city will tackle.
Addleton said he has been in discussion with a representative of Croy Engineering to prepare for the removal of a 10,000 gallon underground fuel tank at the Cairo Municipal Airport.
“It is important we get that tank out of the ground and I will be bringing forward a plan for your consideration by the end of the year or first of the new year,” Addleton said.
The city manager also reported that he has been in talks with consulting engineer Stacy Watkins concerning massive water loop projects to be funded in part with a $2.25 million loan the city has been awarded by the Georgia Environmental Facilities Authority. G.E.F.A. will forgive $750,000 of the principal amount of the loan.
The new loops, when completed, will provide the city with better water pressure as well as provide a secondary route for water to flow from the city’s main wells located at the airport to the Hilltop elevated water tank and westward around the city.
Currently, the city is served by one water main that leaves the airport plant and runs down Airport Road to U.S. 84. A catastrophic failure of that main caused a major water outage in the city in November 2018, which the city is planning to avoid by constructing these loops.
According to the city manager, Watkins is in the process of engineering the project and construction could begin during the first quarter of 2021.
Councilman James H. (Jimmy) Douglas estimated it would take about six months to complete the project, and the city manager concurred.
In other business Monday night, the council:
• Heard a request from Councilman Demario Byrden to have city crews clean out a ditch in the Pine Circle S.E. area to prevent some flooding that is taking place during heavy rains. Addleton said he would instruct Community Services director Pat Mitchell and his crew to take care of the matter.  “They’ve done it before and they know just what to do,” Addleton said. Those stormwater issues are part of a project slated to be bid out later this year as part of the Southern Terrace Park improvements, which includes construction of a detention pond in the area.
• Heard from Councilman Douglas who expressed concern that with all of the recent rains city crews were going to be behind on mowing of rights-of-way in the city.  Douglas also asked the city manager if a street sweeper demonstrator had been brought in for a trial. The city’s current unit is out of commission and the city is in the market for a new street sweeper.  According to Douglas, some of the dirt that had built up around the curbing on the side of some city streets has turned into mud and water is backing up rather than flowing properly. The city manager reported the city had obtained two quotes on a new street sweeper and was awaiting a third.
• Heard a report from Mayor Howard Thrower III, who shared that approximately 70 percent of the federal money appropriated to Georgia in the federal C.A.R.E.S. Act has yet to be distributed by the state. The mayor said it had not been determined when the additional money would be made available to local governments, but he has previously congratulated the city manager for obtaining $147,134 in phase 1 of Round 1 and $343,311 in round two for a total of $490,445.
Posted in Top Stories 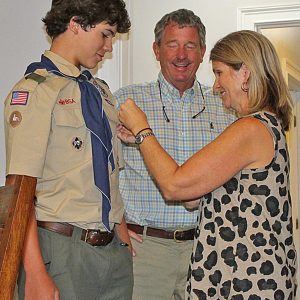