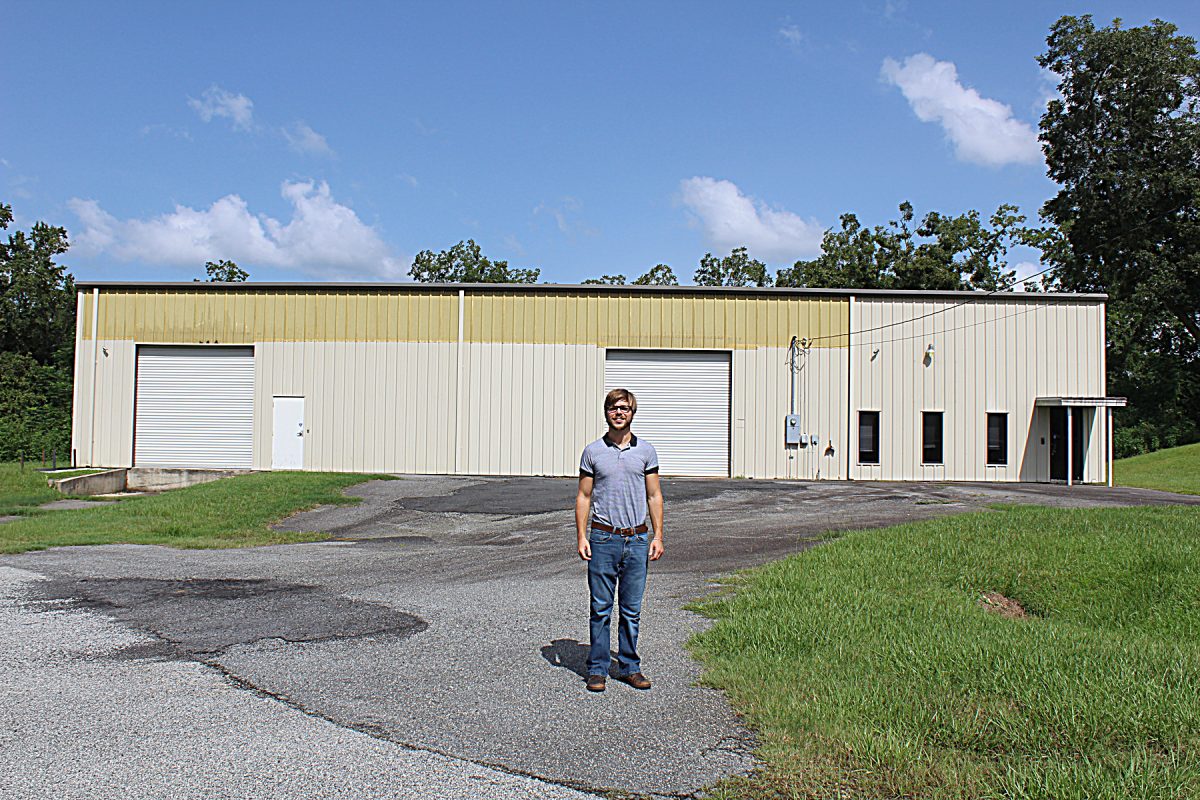 PENSKE LOGISTICS has inked a three-year lease for this approximately 7,000 square foot, vacant building in Milestone Industrial Park. Grady County Joint Development Authority executive director Julian Brown, shown outside the building, recruited the firm to open a shop in Cairo to exclusively service vehicles owned by Performance Food Group, one of Grady County’s largest commercial enterprises. The deal will result in the creation of new jobs for diesel mechanics as well as office staff, according to Brown.

A new business will soon be opening shop in Cairo and it will be a big boost to an existing employer, according to Grady Count Joint Development Authority executive director Julian Brown.

Brown reports that Penske Logistics will be opening a branch in Milestone Industrial Park to exclusively service and maintain tractor trailer trucks operated by Performance Food Group.
The J.D.A. chief began looking for ways to aid P.F.G. following a meeting with Steve Legier, division president at P.F.G., approximately six months ago.
“In my meeting with Mr. Legier he told me the difficulty P.F.G. was having with servicing their trucks. They were having to send the trucks out-of-town for service and he said it was costing P.F.G. a fortune,” Brown said.
The J.D.A. executive director said that a deal was sealed on Friday and that Penske has signed a three-year lease with Jason Jones, owner of a vacant, approximately 7,000 square foot building in Milestone Industrial Park.
Brown says a number of new jobs will be created locally by the Penske move including diesel mechanics and office staff.
“I am not aware of the exact number of new jobs that will be created, but for local diesel mechanics who currently have to travel outside Grady County for work this could really change their lives,” Brown said.
Brown also said that while the local Penske operation will be servicing P.F.G. vehicles exclusively, there is the possibility for expansion.
“I’ve been working on this for some time now, but everything came together at the right time,” Brown said.
Posted in News