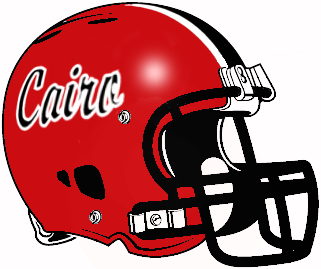 The Cairo High School Syrupmaker football team and coaches are on quarantine after several players and one coach tested positive for COVID-19. Tom Fallaw, athletic director and assistant principal for C.H.S., says activities were discontinued on Aug. 12 when the first positive test result was given.
“Coaches have called and told players and parents that their child was exposed and they’re supposed to be quarantined,” Fallaw says.
Public health authorities will also be in touch with the players on a near daily basis, Fallaw says, checking to see if they develop symptoms.
The team of approximately 105 players and 15 coaches had its first practice wearing full pads on Thursday, Aug. 6. They were off that Friday, then returned for morning practices last Monday, Tuesday and Wednesday, Aug. 10-12, the A.D. says.
“We know we’re out there blocking, tackling, running and sweating on each other and in the locker room together, and if we have someone who tests positive then everybody has been exposed,” Fallaw admits.
The team’s quarantine will end next week, and the players and coaches can return to practice on Wednesday, Aug. 26.
Meanwhile, Fallaw, coaches and school administrators are planning for the team’s first game, Friday, Sept. 4, at home against Fitzgerald High School while also awaiting more detailed guidance from the Georgia High School Association. Fallaw says, so far, the G.H.S.A.’s instructions have mainly left control in the hands of individual schools regarding the pandemic.
Some neighboring schools are not allowing the marching bands of opposing teams into their stadiums. Fallaw said some schools are selling as many tickets as people want to buy while telling them they enter the stadium at their own risk.
Although he expects further guidance from G.H.S.A. later this week, Fallaw says he expects the school system to air on the side of child and community safety.
“There is nobody in the school system who wants to cancel anything. I want to give kids an opportunity to play, but tough decisions are going to have to be made,” coach Fallaw says.
Other questions left to be answered include how many fans, if any, will be allowed into the stadium.
Also, limiting attendance will be hard on the high school’s athletic program.
“As a small town high school athletic program, we are dependent on football for money. It has to be self sustaining, and it also generates money to run other sports,” Fallaw explains. “We’re wanting to play eventually, but we want to be able to play where we can maximize child safety and make money for our program.”
Posted in News

“King of Africa” to be performed next weekend at C.H.S.