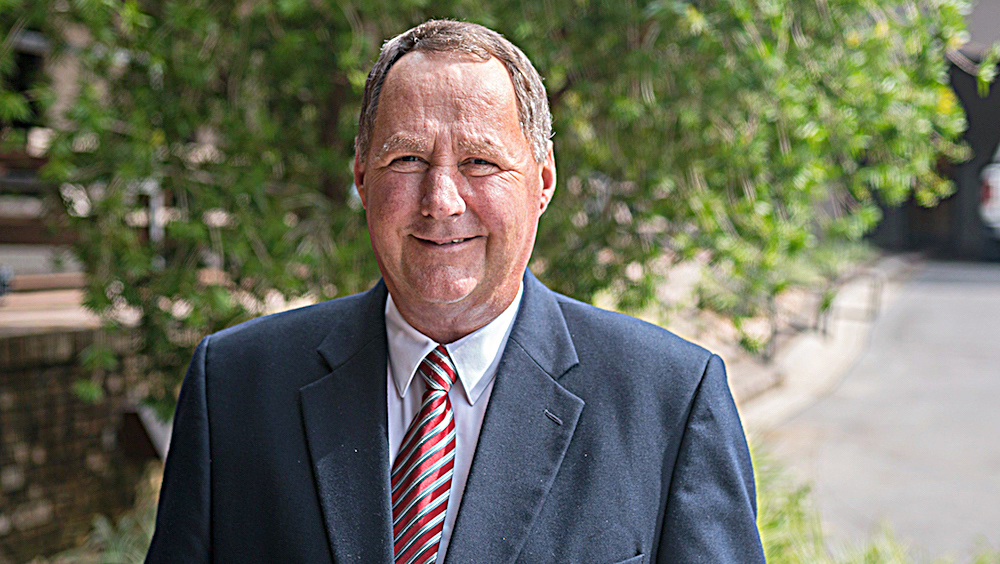 Cairo businessman and Reno resident Jimmy Hammett is asking Grady E.M.C. voters in his district to let him continue to serve as their representative on the cooperative’s board of directors. Hammett, 63, was appointed to the board in September 2018 to replace then-member Gordon Clyatt.

Hammett says he hopes members will return him to the board so he can continue to work for them.
“I want to keep the cost of electricity as low as possible,” says Hammett. The owner of an irrigated 50-acre pecan grove, Hammett says he has seven E.M.C. meters of his own.
Hammett says the E.M.C.’s current board works well together, and he would like to continue doing his part. He is being challenged for his seat by Cairo physician Ashley Register, M.D., who was selected by the E.M.C.’s nominating committee as a candidate for District Six.
“We’ve got a bunch of good employees out there (at Grady E.M.C.),” states Hammett. He particularly praised their efforts during Hurricane Michael. “When Michael came through, we got over 95 percent of power members back on in 10 days.” He says employees came together to help with preparing meals, washing clothes and working long hours.
He says, “Everybody just pulled together. . .we got power back on quicker than anyone around.” He also praised the coordination by Tommy Hopkins of Storm Services Inc.
A graduate of Cairo High School and Florida State University, Hammett says he has attended multiple continuing education classes and after September will have just one more class to complete to be classified as a certified E.M.C. board member. He says he currently serves as Grady E.M.C.’s delegate to Georgia E.M.C.
“This is a very complicated business. I’ve learned a lot, but there’s a lot to learn,” he says.
Hammett works at the scrap metal business his father started in the 1960’s, A&R Metals. After the 2007 death of his father, Ralph Hammett, Jimmy Hammett has continued to run the business, but says he hopes to retire soon.
Hammett says he has two adult children, attends Reno Baptist Church and supports his community. For years, he says, he worked on Reno’s volunteer fire trucks and held fund raisers for the Reno Community Center and V.F.D.
“We’re all like family down in Reno, we try to help each other,” he says.
Hammett was appointed to the E.M.C. board in September 2018 after the board voted 4-2 to remove Gordon Clyatt as a director. Then chairman Earl Stuckey alleged Clyatt was no longer qualified to serve since he had removed his name from the membership account of his primary residence, although he had three other meters in his name. Clyatt has since moved from Grady County.
The election of directors will take place Oct. 16 at the E.M.C.’s Annual Meeting. The term will begin in November and end October 2023.
The only other district up for election is District three. Incumbent Lee Powell is running unopposed in that district, according to Grady E.M.C. information.
Posted in News