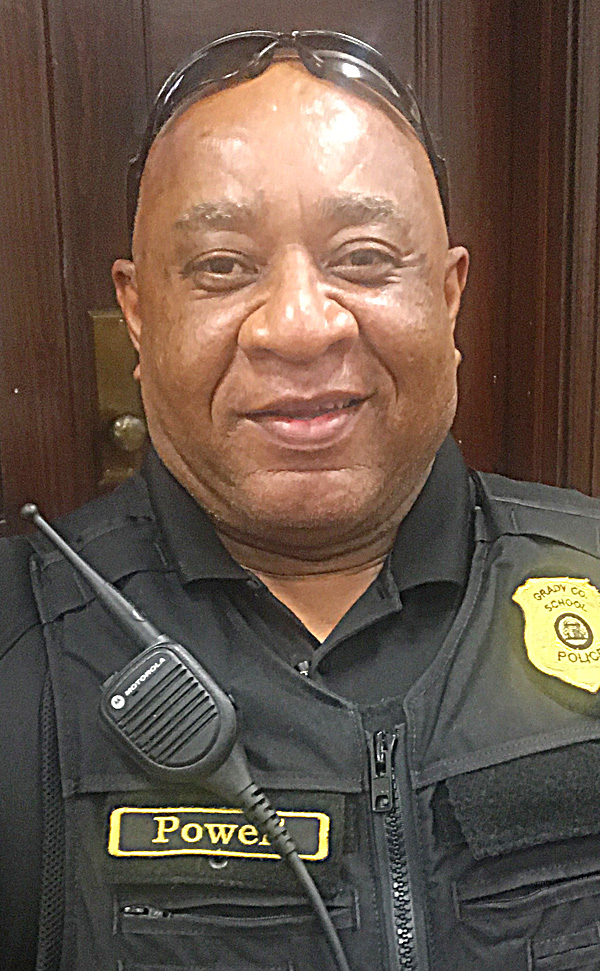 ALLEN POWELL, a graduate of Cairo High School and former police officer with the City of Quitman Police Department, most recently the School Resource Officer at Washington Middle School, was named the new chief of the Grady County School System Police Department. Chief Powell replaces the inaugural chief, Redell Walton, who resigned recently to become the chief of police for the City of Bainbridge.

The Grady County Board of Education is pushing forward with planned construction projects and on Tuesday night authorized the superintendent of schools to proceed with the next phase of the renovation of Whigham School and the construction of a new gymnasium at Shiver School.

See a free movie this weekend as theater marks anniversary

Expanding firm to hold weekend job fair on May 1