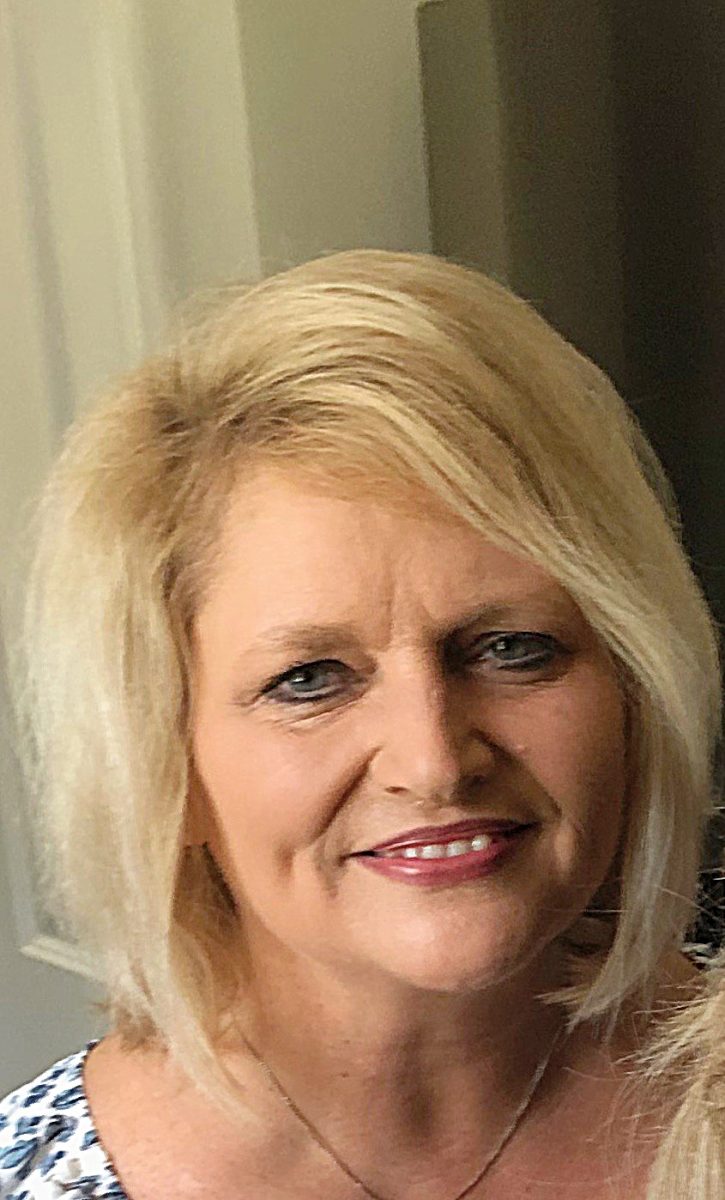 BETH DAVIS was Grady General Hospital’s first COVID-19 patient. After more than four weeks in the care of local healthcare workers, she walked out of the hospital and is now back home in Camilla.

“I feel like Cairo and Grady County need to know what a wonderful hospital Grady General is.”

Those are the words of the hospital’s very first COVID-19 patient, Beth Davis, a Camilla resident who spent a month as a patient at the hospital while doctors and nurses brought her back to health. For nearly three weeks, Davis was on a ventilator in I.C.U. at Grady General.
“I took a very long ‘nap.’ That’s how I describe it,” she says. “I’m telling you, I was sick, and I don’t ever want to be that sick again.”
Davis says she has no inkling how she contracted the novel coronavirus. In mid-March, she began wearing a mask and gloves when she shopped for groceries, but by the end of the month she developed a serious headache.
“I thought it was a sinus infection. I ended up running a high fever, coughing. I really thought I had the flu,” Davis, 59, recalls.
By Sunday, March 29, she was having trouble breathing. “I would breathe in and in, but I felt like I couldn’t get any oxygen in my lungs . . . the more I couldn’t breathe, the harder I tried to breathe,” she says.
Finally, she called 911 for an ambulance and was shocked to learn from the E.M.T. that her lips had turned blue from a lack of oxygen. Once at Mitchell County Hospital, Davis says she was tested for COVID-19.
The next day, March 30, she was transferred to G.G.H. “They said (Archbold Memorial) Thomasville didn’t have any available beds in the I.C.U.,” she recalls.
Once in Cairo, she learned that she had tested positive for the novel coronavirus, and then she took her “nap” as she was intubated and placed on a ventilator.
Davis says she has no real memory of the nearly three weeks she spent in I.C.U., but she places all of the praise for her recovery on the hospital nurses and staff, respiratory and physical therapists and Dr. Jason NeSmith.
“His nurses said he worked 26 days straight to take care of me,” Davis says. “If it had not been for his persistence and him trying to help me, I would not be here.”
Davis says the healthcare workers had to work hard to protect themselves from the virus, often wearing a face shield, two masks, two pairs of gloves, gowns and sometimes two shoe coverings when they came into her room.
“They had to do all that protective covering just to bring me an ice water,” Davis says. She says often she asked if they would bring a pitcher of water so they wouldn’t have to suit up again.
Coming off the ventilator proved a challenge for Davis, based on stories told to her by nurses. When she was finally well enough to leave I.C.U., she moved to a regular room, and later a swing bed room.
After weeks of lying still, though, Davis says she had to work hard to wake up her muscles. “When I first picked up a pencil, I could hardly write my name,” she remembers.
She says Holly White, Missy Wilder and Mandy Cochran helped her with therapies on fine motor skills, walking and thinking.
“I just cannot tell you how blessed I was to be at Grady. It was answered prayers, and intervention and God’s plan,” she says. “I just cannot say enough about the staff.”
Another positive about being at G.G.H., she says, was that her daughters could stand outside the one-story hospital and see her through a window into the room and call her cell phone to talk. Patients are not allowed to have visitors inside the hospital as a precaution due to the highly contagious novel coronavirus.
Once she had progressed to being self-sufficient, Davis was released on April 29 with nurses lining the hall, clapping and cheering for her while the theme from “Rocky” played in the background.
“‘Go live your life,’ Dr. NeSmith told me,” she says. Although, she says he did ask her to take it slow.
Her daughters drove her back home from the hospital, and the next day she was able to enjoy a welcome home parade from family, friends and neighbors.
“I am humbled by the outpouring of prayers and concern of complete strangers,” she says.
Now home for two weeks, Davis says she does tire easily, but she rests when that happens.
Again, though, her thoughts return to the people of Grady General. “The local community should be proud of the staff working there,” she says.
Posted in News