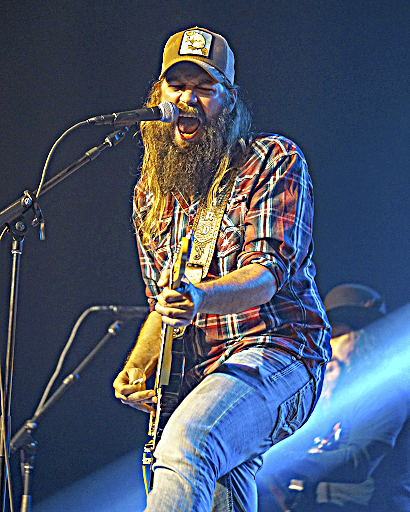 COUNTRY MUSICIAN Ward Davis will be performing at the Grady Cultural Center on March 6. Proceeds from the concert will benefit the Cairo Main Street Program.

The Cairo-Grady County Chamber of Commerce has applied for and been approved for a caterer’s permit in order to sell beer and wine at an upcoming concert at the Grady Cultural Center.

Chamber Executive Director Trey Gainous applied for the temporary permit in order for the chamber to profit from proceeds of the sale of beer and wine at the Cairo Main Street Benefit Concert featuring Ward Davis.
The concert will be held on Saturday, March 6, and under the provisions of the permit approved unanimously by the Cairo City Council Monday night, the chamber will be able to sell alcoholic beverages at the cultural center between the hours of 6 p.m. and 11 p.m.
On the permit application, Gainous estimates upwards of 950 people being in attendance at the concert next month.
According to Cairo Main Street Director Alyssa Blakley, Davis is an up and coming country musician.
Davis is an American singer/songwriter from Monticello, Arkansas by way of Nashville, Tennessee. Ward Davis has had songs recorded by Trace Adkins, Willie Nelson, Merle Haggard, Wade Hayes, Sammy Kershaw, Bucky Covington, Jimmie Van Zant, Buddy Jewel, Carolina Rain, The Roys, and more. Most recently, Ward Davis co-wrote “I’m Not The Devil” with Cody Jinks, with whom he subsequently toured nationwide. With over 250 shows per year under his belt as both a headliner and support act, Ward Davis’ already popular live show is growing.
Opening for Davis will be the Tobacco Rd. Band of Tallahassee.
General admission tickets for the event are now on sale for $20 in advance and they will be $25 each at the door the night of the show. Reserved tables are available for $400, which include eight general admission tickets, eight drink tickets and eight raffle tickets.
The preferred method of purchasing tickets is by visiting warddavismusic.com, but tickets may also be purchased from Cairo City Hall and the chamber.
Posted in News