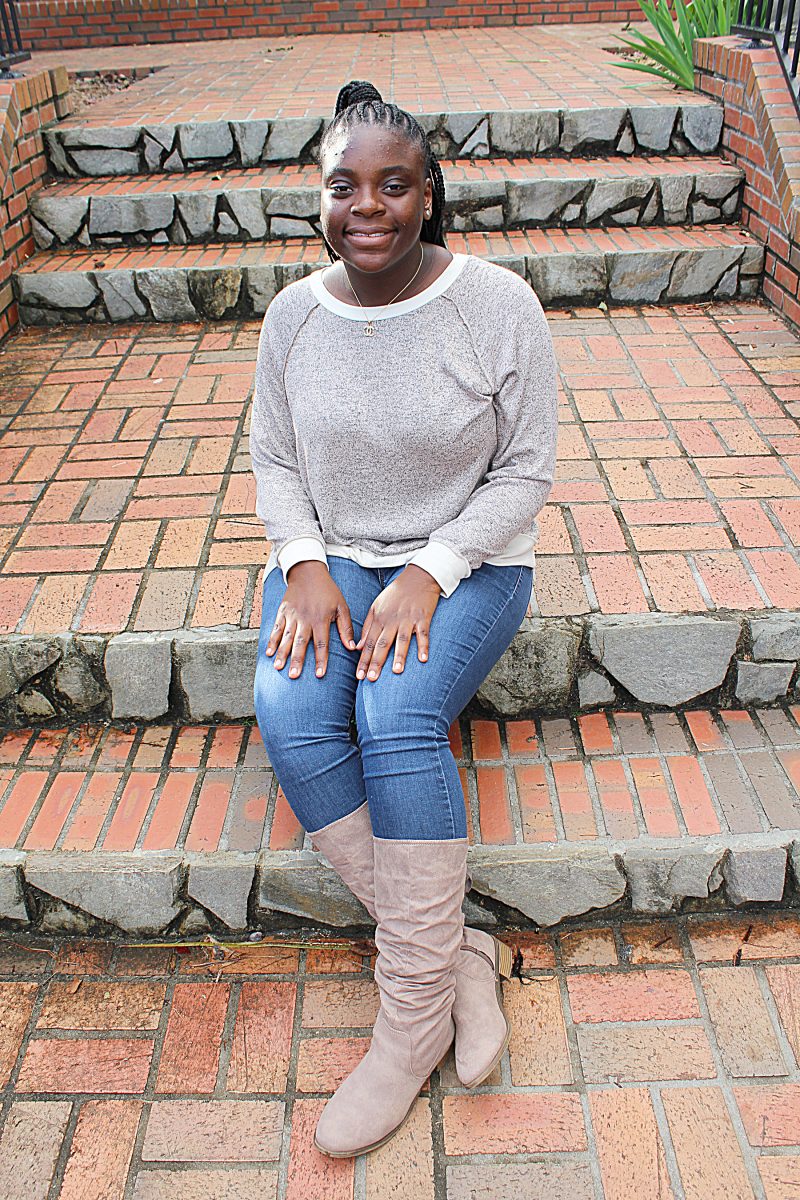 NYLA JACKSON is the 2020 Jackie Robinson Boys & Girls Club of Cairo/Grady County Youth of the Year.

The Jackie Robinson Boys & Girls Club of Cairo and Grady County has selected a Cairo High School sophomore as its 2020 Youth of the Year. Nyla Jackson is the 15-year-old daughter of Angela Arbeary of Cairo and the late Tracy Jackson.

A member of J.R.B.G.C. for six years, Jackson holds a 3.5 grade point average at Cairo High, and says she wants to attend Howard University and pursue a degree in anesthesiology.
At C.H.S., Jackson is a member of the Syrupmaker band, golf team, S.A.G.E. club, and A.K.A. Ascend (under the leadership of Lambda Xi Omega). She says her favorite subject is world history and her favorite teacher is Mrs. Emily Bearden.
Jackson has received an invitation to join the National Honor Society, a letter of interest from the University of Georgia and an invitation to participate in internship programs from Harvard School of Medicine & Stanford School of Law.
A member of Kingdom Harvest Fellowship Church, Jackson says she lives by the inspirational quote, “the time is always right to do what is right.”
The director of the local Boys & Girls Club, Stephen Francis, says, “At the J.R.B.G.C., Nyla is always willing to do whatever is needed. She is a very busy young lady that is taking on a lot of responsibilities between the club, school and her community.”
Francis says Jackson most likes the club because it “provides a safe and productive place for her and her sister, Morgan, to go after school. She enjoys the staff and programs that are offered, such as Smart Moves, Smart Girls and Career Launch to name a few.”
Jackson says her mother has been the most influential person in her life. Ms. Arbeary is a youth development professional at the J.R.B.G.C.
Jackson says she hopes to visit Paris, France one day and has already visited New York City. Some of her favorite things include drawing, the movie “Grease,” eggs as a meal, popcorn as a snack, the color purple. and the Georgia Bulldogs.
Her first official assignment as Youth of the Year, will be to speak at the 2020 J.R.B.G.C. Black History program, which will be held at Washington Middle School on Feb. 27 at 6:30 p.m. There will also be performances by J.R.B.G.C. members, the Syrup City High Steppers under the direction of Tilda Brimm, and the Rhythm of Heart dancers under the direction of Brittany Williams. Francis says the community is invited to attend.
The Youth of the Year program recognizes a member who has made outstanding contributions to his or her family, school, community and Boys & Girls Club while also facing personal challenges and overcoming obstacles. Other considerations include academic performance, moral character, life goals, poise and public speaking ability. Candidates are members between the ages of 14 and 18 who were Youth of the Month.
Posted in News