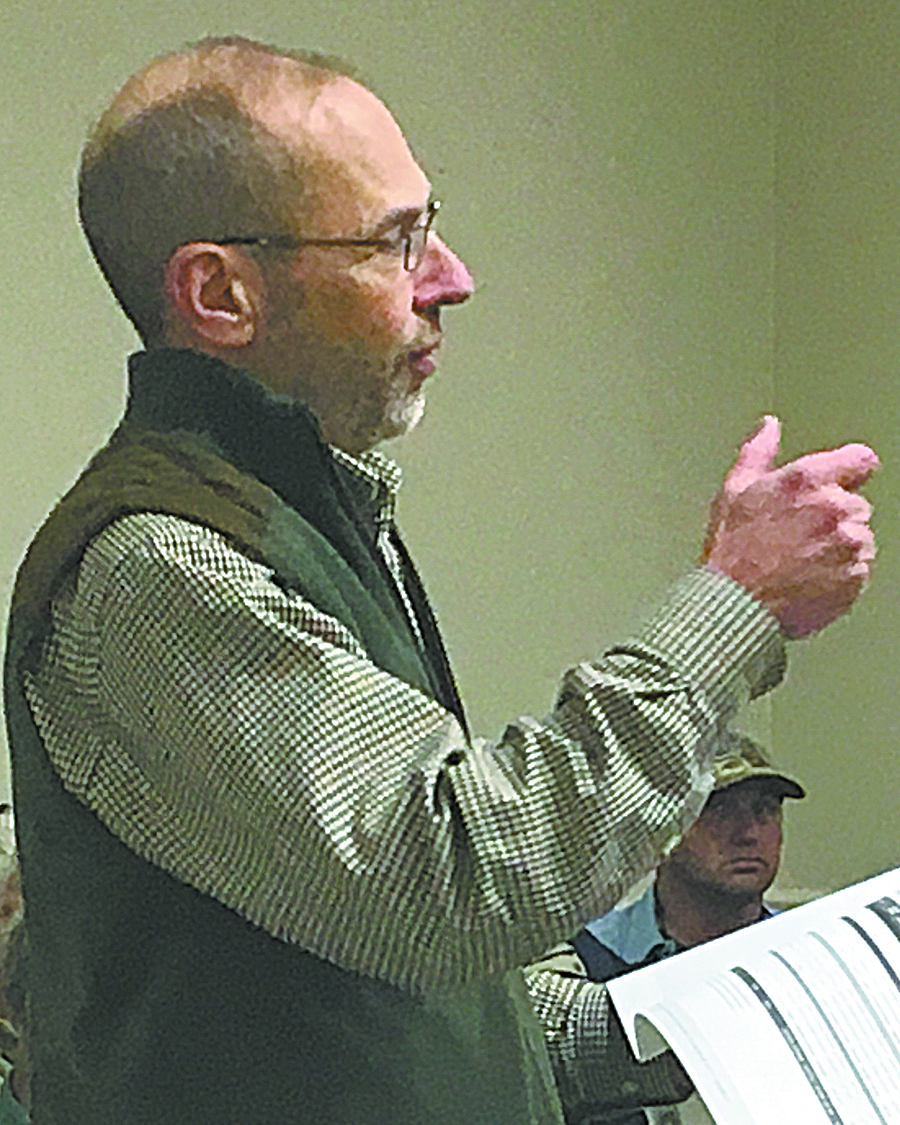 Acknowledging that the lack of water and sewer service at Tired Creek Lake makes it less attractive to developers, local leaders met last week to discuss ways to better market the 960-acre lake and identify development that can take place without significant investment from potential developers.
Members of the Grady County Commission met jointly with the Grady County Lake Authority and its consultant Will Butler last Thursday at the Grady County Courthouse.
While Butler is still in talks with several potential developers, he and County Administrator J.C. (Buddy) Johnson III, told the group that the water and sewer issues make the task of attracting developers especially challenging.
Johnson said it would likely cost $8 million to extend water and sewer services approximately five to six miles from the outer limits of the City of Cairo system. “It’s a huge challenge,” Johnson said.
Butler and Johnson said they believe that working with newly formed partnerships with tourism officials in Leon County, Fla., the county can aggressively market the lake and attract visitors, which ultimately might lead to development.
Butler says tourism could be the “first date” for potential lake development. “We get folks coming up here and enjoying the lake and they decide, heck , they would like to have a cabin on this lake,” he said.
However, Johnson and Butler said that the lake needed to offer more than just fishing for potential visitors.
The county administrator said since he came to work here, he is asked routinely about an RV park at the lake.
According to Johnson, this is something that could be developed with relatively little county investment and it would generate a return on that investment rather quickly.
“I’ve contacted Archway and they are going to help us with laying out a proposed park. It won’t pay for the lake, but it will put some revenue back in the county and provide us the funds to do some other things,” Johnson said.
Establishing walking trails and developing primitive camping areas were other topics discussed and Butler has also had talks with a group that has interest in developing a motor home park for high-end motor homes.
The county administrator issued a call for the creation of a committee that could help the authority and board of commissioners develop a marketing and development plan for the lake.
Butler shared that Leon County is interested in including the lake and other local attractions such as the Wolf Creek Trout Lily Preserve in the launch of a Red Hills tourism campaign.
“Leon County sees the benefit of selling all of the assets in the region. This is an opportunity for us to tell what all we have to sell. When we hosted the Leon County folks up here they were blown away by what they saw,” Butler said.
The authority’s consultant also updated the group on his work with attorney Laura Benz to obtain U.S. Army Corps of Engineers approval to reconfigure the buffer to open up more lake views and to obtain permission for advanced septic systems at the lake.
Johnson said a committee was needed to set some short-term and long-term goals, develop a marketing plan, and make recommendations to the authority and county commission.
The county administrator suggested the new committee be co-chaired by Lake Authority member Bob Ponder and District 1 County Commissioner June Knight, since they both reside in the district where the lake is located. Johnson also suggested that Richard Jordan, a vocal critic of the authority and county commission, be named to the committee.
Butler also suggested as part of the conversation the committee should consider rebranding the lake. Commissioner Ray Prince, who also serves on the lake authority, suggested a discussion should also be had concerning the renaming of State Park Road, since the lake will never be a state park as originally proposed.
Following last Thursday’s joint meeting, Johnson began circulating a draft proposal for the creation of the Tired Creek Lake Growth, Marketing, and Development Committee. Johnson is suggesting the committee be capped at 23 members. In addition to co-chairs Ponder and Knight, other suggested members, in addition to Jordan, are Commission Vice Chairman Phillip Drew, local realtor Charles Renaud, Margaret Tyson representing Wolf Creek Preserve, Archway Professional Whitney Brannen, Grady County Recreation Director Becky Bracewell, retired educator Dr. Larry Green, and Chamber of Commerce Executive Director Trey Gainous.
Johnson is seeking nominations for other committee members.
The authority and commission set another joint meeting for Feb. 12 beginning at 9 a.m. Johnson said he is hopeful the committee can be formed at that time.
Posted in News