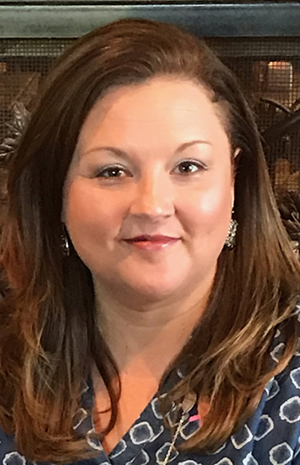 A City of Cairo employee with 14 years service has been named the new city clerk by Cairo City Manager Chris Addleton.

Dana Barfield, most recently the assistant city clerk, has been promoted to clerk. She began working for the city in June 2005 as a customer service representative in the City Clerk’s office.
“I’m very excited to serve the City of Cairo. I love working with the community and helping people,” the new city clerk said this week.
In addition to working in the clerk’s office, Mrs. Barfield also worked in the Public Works Department and Community Services Department of the city. It was during her work there she gained a greater understanding and appreciation for water and sewer operations as well as the city landfill, streets, sidewalks, cemeteries and parks in addition to the city shop.
Mrs. Barfield expressed her appreciation to veteran city clerk Carolyn Lee, who recently retired, for her guidance and for mentoring her during her tenure with the city.
She also said she is thankful for having had the opportunity to work with Public Works Superintendent Raymond Stokes and Community Services Director Pat Mitchell.
“You would think it would get confusing having two directors to answer to, but they are two of the best bosses you could ask for!” she said.
A native of Grady County and a 1999 graduate of Cairo High School, the new city clerk is married to Kenneth Barfield, an Engineer with the Cairo Fire Department. The Barfields have been married for 17 years and have made their home in Whigham for the last 10 years.
“Dana is a very dedicated and capable employee. It took great initiative and drive for her to come in and learn the assistant city clerk position. She has also obtained her election superintendent certification and is currently leading our municipal general election for the first time. I wish her the best in this position and she knows she has a great support team behind her,” Cairo City Manager Addleton said.
Addleton interviewed three candidates for the position before sharing his recommendation with the Cairo City Council last Monday night. The city manager made the official announcement last week.
“Dana was trained by the best—former City Clerk Carolyn Lee—so I am expecting great things from her,” Addleton added.
The new city clerk is the daughter of Cathy Whitley of Cairo and the late Pete Whitley. She is the granddaughter of the late J.E. and Ruby Whitley of Cairo and Charles and Betty Agnew of Ruby, South Carolina, and the late Mary Agnew of Greenwood, South Carolina.
Mrs. Barfield is currently enrolled in the Carl Vinson Institute of Government at the University of Georgia.
She is taking the reins from retired city clerk Carolyn Lee who worked for the city for 46 years and as city clerk since 2004.
Posted in News