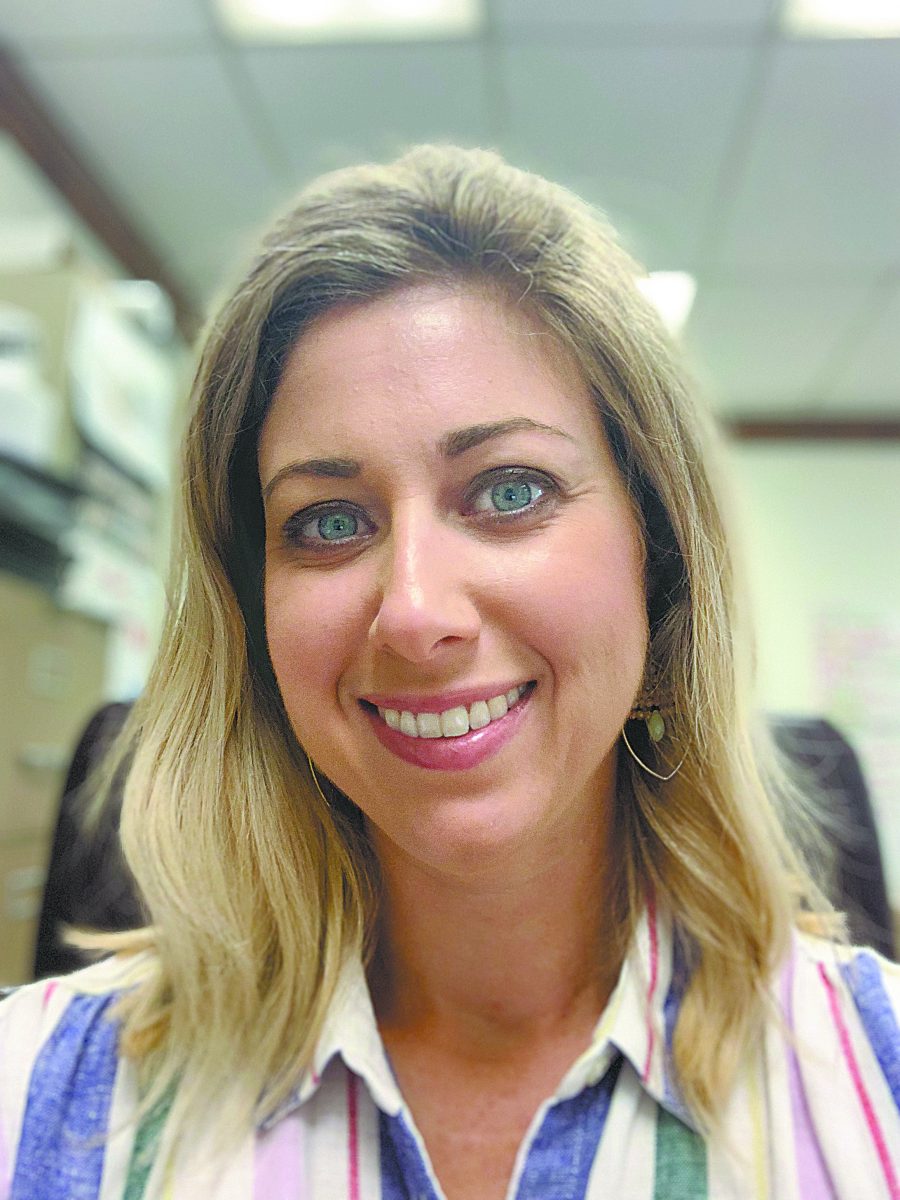 The City of Cairo has a new director of marketing, and the city manager did not have to go far to find her.

Alyssa J. Blakley, currently the Main Street manager and Downtown Development Authority director for the City of Pelham, has been hired to replace Celeste Tyler, who recently resigned to accept a position as the county clerk for the Thomas County Board of Commissioners.
Blakley is a Grady County resident and grew up here, but being a resident of north Grady County she attended school in Pelham.
She is a resident of Wilder Road and she is a relative of the Wilder family.
“Grady County has always been dear to my heart and Cairo is like a second hometown to me,” Blakley said.
As the city’s director of marketing, Blakley is responsible for all aspects of marketing downtown Cairo and other community assets; coordination of CNS Next marketing efforts locally; development of recruitment strategies for expansion of new commercial/retail business; and recruiting tenants for existing vacant downtown buildings.
Blakley will serve as the executive director of Cairo Main Street, the Downtown Development Authority and Keep Cairo/Grady County Beautiful.
The city’s Main Street is accredited by the Main Street America Program, and her experience in Pelham was a key to her hiring, according to Cairo city manager Chris Addleton.
“Alyssa comes highly recommended and Pelham’s loss is Cairo’s gain. They are mighty sorry to be losing her. I’m looking forward to working with her and expecting great things in the future,” Addleton said.
Blakley’s hiring was announced officially Monday night at the regular bi-monthly meeting of the Cairo Mayor and Council.
Blakley has worked in Pelham since January 2017. Prior to joining the staff of the City of Pelham, she worked as a regional prevention coordinator with the Georgia Center for Child Advocacy from July 2014 until December 2016, and from March 2011 until July 2014, she served as a prevention education coordinator and project manager with the Mitchell County Children & Youth.
She is a 2000 graduate of Pelham High School and went on to earn a bachelor’s degree in Interdisciplinary Studies and minor in Education from Thomas University in 2016. Blakley is currently involved in an online program through Columbia Southern University seeking a master’s degree in Public Administration.
The new Cairo city official had originally considered a career as an educator, but her plans changed.
“I have a passion for municipal government. After having worked with the City of Pelham with its Main Street program, I decided to make a career of public service and that is why I am pursuing a master’s in Public Administration,” she said.
“I’m very excited to be joining the City of Cairo team and working for this community. I’m anxious to see what new ideas I can bring to the table to help with economic development of downtown,” Blakley said.
Her first day on the job will be Sept. 30 and Blakley says among her first orders of business will be to seek input and learn more about what the community and downtown business people want and need.
“I will be very curious to see what support downtown business owners need and what is currently lacking,” she said.
Among her accomplishments and projects she helped promote in Pelham are the city’s annual car show, the remodeling of a park downtown where outdoor events can be held, and screenings of outdoor movies.
Blakley also was successful in obtaining a grant for a mural project in downtown Pelham and two of them have been painted and have proven to be a tourist attraction for that downtown.
The new marketing director said she is impressed with Cairo’s streetscape project. “It really gives more definition to downtown. You visit other cities in other parts of Georgia and you see more of a focus on the downtown area,” she said.
According to Blakley, younger generations want to be able to live, shop, dine and be entertained downtown. “We are going back to older ways. Towns began downtown and grew out. Now, it’s popular to be back downtown again,” she said.
Not only has Blakley been working in Mitchell County, but she has also been involved in civic affairs in Pelham. She is a member of both the Pelham Rotary Club and the Pelham Civitan Club. In Rotary, she has been honored with one of Rotary’s most prestigious awards, a Paul Harris Fellow, which she received in 2018. She also served as the president of the Pelham Civitan Club in 2014-2015 and through that organization has been awarded Foundation Life Member status.
When she is not working or getting involved in community projects, Blakley says she enjoys spending time with her three dogs, Chico, Scout and Belle.
According to the city manager, Blakley will be working closely with the Cairo-Grady County Chamber of Commerce, the Regional Community Center committee, Grady County Historical Society, Grady County Joint Development Authority, and all other city departments.
Posted in News