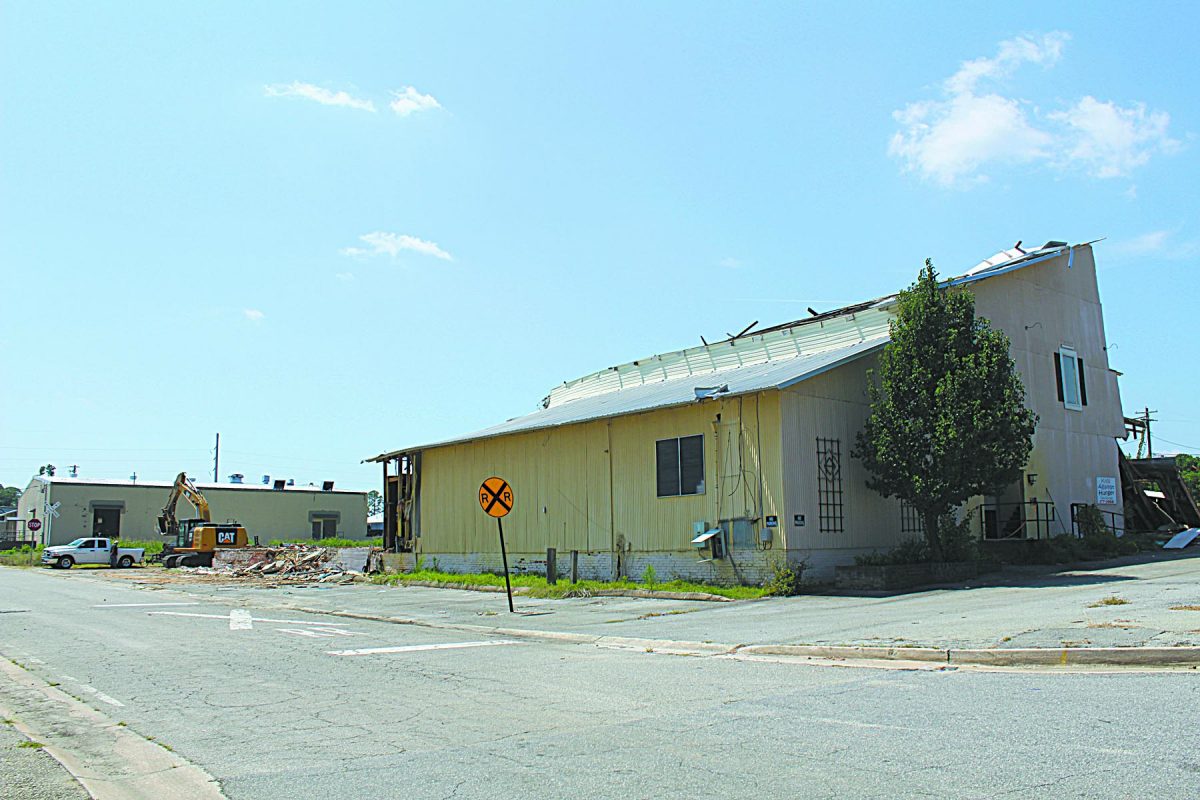 After taking three hits from Mother Nature in the last year, a nearly 100-year-old Cairo warehouse was demolished this week. Owner Melvin Horne says a tornado in March was the final blow, and the metal building had to come down.

“It was too costly to rebuild it. It was such an old building, it would have to be brought up to code,” if he had rebuilt it, Horne says.
The large warehouse, located at 140 First Ave. N.E., was used for multiple functions, including storage for hospital records, office space for Horne’s law practice, room for Kids Against Hunger charity work, and available rental space.
In June of 2018, straight-line winds blew off a large portion of the roof. After repairing the roof and water damage inside, Hurricane Michael in October damaged about a third of the roof, Horne says, and caused more water damage. The March tornado this year damaged the building beyond repair.
“It was a fine old building, but there was no way to reasonably go back in and repair it,” Horne laments.
Construction of the warehouse began in 1922 for the Cane Grower’s Association, according to file copies of The Cairo Messenger. The following year, April 1923 the association held its annual meeting here with 1,500 members present, the newspaper reported. Later, W.B. Roddenbery Company purchased all of the cane grower’s inventory and packed its very first fresh-packed pickles inside the warehouse, according to Rebecca R. Cline.
Horne says he leased the warehouse from Allen Baggett in 1993, then bought the building in 2006.
The demolition of the warehouse has uncovered interesting facets, previously hidden. Horne says a “cavernous basement” was under the building, possibly the location where cane was cooked into syrup. Then, this week, an old deep well was discovered. Its location, once unknown to Horne, seems to be directly below where Horne’s desk sat in his law office.
Horne, who says he is in the process of retiring from the practice of law, is currently working from an office at his son Jeremiah Horne’s business, XPT Battery Company on U.S. 84 in Cairo.
With the warehouse gone, Horne says he hopes to develop the property, possibly into “nice, high-end apartments for senior citizens.”
Posted in News