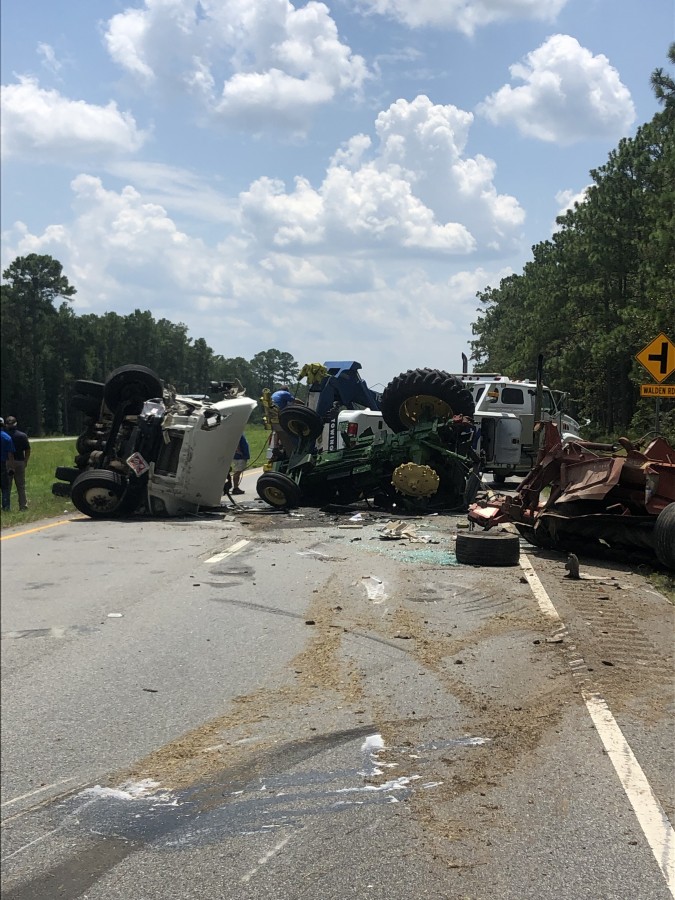 THIS DRAMATIC SCENE pictured here of the August 7 accident involving a tractor and propane gas truck resulted in a six hour evacuation of a section of Grady County.

The Georgia State Patrol has charged a Tallahassee man in an accident involving a propane gas truck that resulted in the temporary closure of a portion of U.S. 319 earlier this month. James Wilson, 51, is charged with following too closely, according to a spokesman for the G.S.P.
Wilson crashed into the back of a John Deere tractor driven by Joseph Walden, 70, of Grady County on the morning of Wednesday, Aug. 7, the G.S.P. trooper states. The accident happened between Meridian Road and GA 93S.
When the AmeriGas LP tanker began leaking propane gas, Grady County volunteer fire department and other emergency personnel evacuated a half mile area, and closed U.S. 319 north and south bound lanes within that area.
It was approximately 4:30 p.m. before the area was deemed safe and reopened to homeowners and through-traffic.
In addition to Grady County personnel, also on scene were representatives of the Georgia Department of Transportation, Georgia State Patrol, Thomas County EMA, Thomas County EMS, and Thomas County Fire.
Posted in News