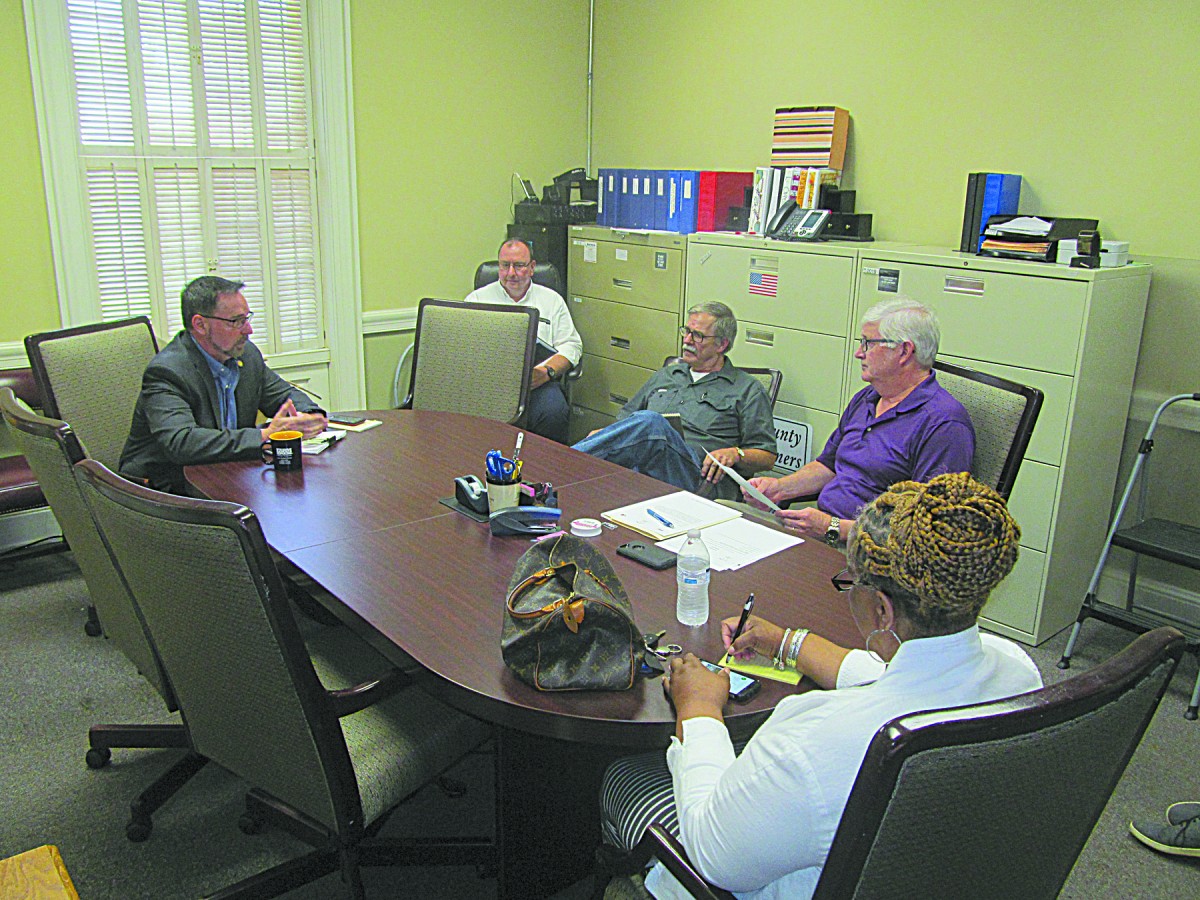 Grady County, Cairo and Whigham officials say they are hopeful local voters will approve a one percent Special Purpose Local Option Sales Tax referendum in November and a one percent Transportation Special Purpose Local Option Sales Tax next March. On Tuesday, local officials met to insure the SPLOST referendum will be held this fall.
The exiting SPLOST expires March 31, 2020 and local officials are planning to have the election in November in order to provide for a seamless collection of the SPLOST.
Participating in Tuesday’s meeting to finalize the intergovernmental agreement and proposed ballot language were Grady County Commission Chairman LaFaye Copeland, Grady County Administrator J.C. (Buddy) Johnson III, County Clerk John White, Whigham Mayor George Trulock and Cairo City Manager Chris Addleton.
According to the county administrator, the new SPLOST is projected to generate $18 million over six years, but officials say it is unlikely the county and two cities will collect that much based on current collections.
Based on the projections, Grady County would receive $10,746,000; the City of Cairo would receive $6,912,000 and the City of Whigham would collect $342,000.
The bulk of the county’s share of the tax will be used to pay down the debt on two series of bonds issued for the construction of Tired Creek Lake. Approximately $1.5 million has been earmarked for public safety upgrades and the county administrator said the board is finalizing if any other projects will be included.
“We need most of this money to cover our debt,” Johnson said Tuesday.
The Cairo City Council, which signed off on its project list Monday night, is planning to invest approximately $3 million in water and sewer improvements. Included in the scope of work is completing a water main loop from GA Hwy. 188 to U.S. 84 at a projected cost of $2 million.
Cairo officials also plan to use nearly $2 million to reduce debt on the new water plant located at the Cairo Municipal Airport and the rehabilitation and expansion of the water treatment plant on MacIvor Drive N.E., which is currently under way. Utilizing sales tax proceeds to service the debt would reduce the need to increase water and sewer rates, officials have said.
The City of Cairo is also proposing to construct a new Public Works Department building at a cost of $400,000; renovation of the depot at a cost of $300,000; and make improvements to Southern Terrace Park to the tune of $200,000.
If the SPLOST is approved, the city will use $500,000 to finance the purchase of three new police vehicles annually over six years and will use $400,000 for public works equipment.
City Manager Addleton informed county officials Tuesday that the council’s desire is for the ballot language to include a provision the city could issue general obligation debt to fast-track some of its projects rather than wait for funds to accumulate.
Whigham Mayor George Trulock said he was not prepared to present a list of proposed projects at this time.
The county administrator said he was working on a deadline of having everything approved and the intergovernmental agreement executed and delivered to the elections superintendent by the end of May in order for the referendum to be held in November.
The Whigham mayor said he would get a list to Johnson as soon as possible.
The Grady County Commission is expected to vote on the agreement and proposed ballot language at its May 7 board meeting, which will be followed by the Cairo City Council voting on May 13 and the Whigham City Council on May 14.
No major road or bridge projects are currently being considered in the SPLOST because officials are anticipating voters approving the TSPLOST next year, with all proceeds of this new tax spent exclusively on transportation projects. Should the TSPLOST be approved, that money would also be split between the county and two cities based on the 2010 U.S. Census.
In other business, County Clerk White reminded Cairo and Whigham officials of the upcoming 2020 U.S. Census. According to White, every person who is not counted costs the local community $1,100 per year per person for the next decade. “The Census impacts a lot of funding and it is extremely important we have an accurate count,” he said.
Whigham Mayor Trulock questioned the accuracy of the projection. “That may be true for the county and Cairo, but I find that hard to believe for Whigham,” he said.
“We miss a lot of people,” Chairman Copeland said and the county administrator noted, “A lot of them don’t want anyone to know they are here.”
Posted in News