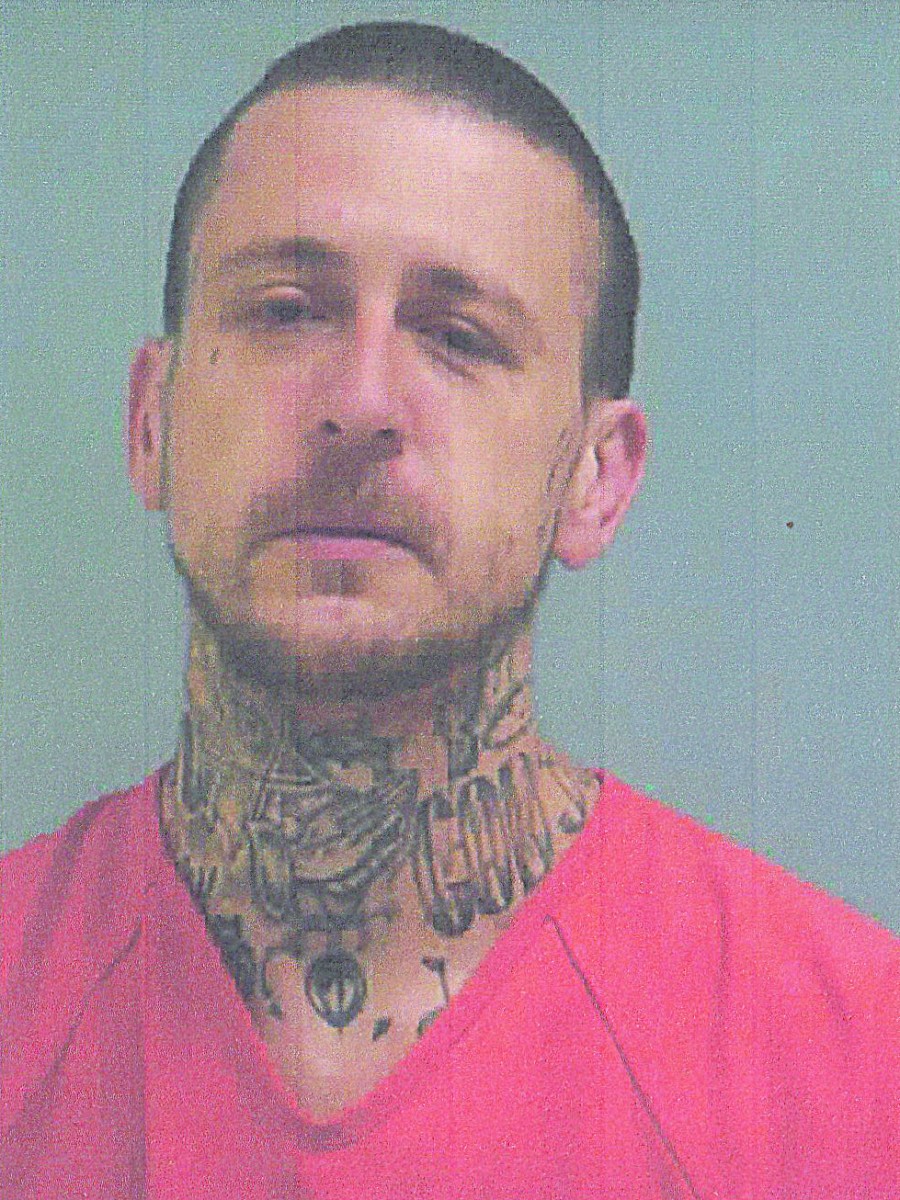 JOSEPH WHITE is the suspected shooter in the alleged murder last week.

The news Friday that Joseph Michael White had allegedly shot his own brother was a shock to Camilla Police officer and Grady County native Jared H. Evans.
“I thought he (Joseph White) was still in jail,” Officer Evans told The Messenger this week.
White, 31, has been charged with murder by agents with the Georgia Bureau of Investigation in the shooting death of his brother, Travis Christopher White, 33. The alleged murder occurred just after 1 p.m. Friday, March 29 in southwest Cairo.
According to Officer Evans, this is not White’s first run-in with law enforcement. In fact, in February 2016 Officer Evans was personally involved in an incident with White, who at the time was already a convicted felon.
The Camilla police officer said he was working with his family’s body shop and wrecker service in 2016. On Tuesday, Feb. 2, 2016, at just after 5 p.m. Joseph White showed up at Cairo Body and Frame, 450 20th St. S.E., where he allegedly had a disagreement with his ex-girlfriend.
White discharged a firearm into the air, according to a Cairo Police Department incident report.
“I didn’t know the guy. I hadn’t seen him before or since all of this went to court. We had towed a car in and his ex-girlfriend was there seeing about it. He wasn’t supposed to be anywhere around,” Officer Evans said.
Evans said he went toward White’s vehicle to order him to leave and the driver appeared to be stopping to talk to Evans when the vehicle raced forward and struck Evans.
The Camilla policeman said he was thrown up over the hood of the white van, which police identified as a Chrysler Town & Country mini-van.
“I bounced over the hood and rolled over to the side of the vehicle and he took off,” Evans said. Cairo Police Department records indicate that Evans fired his own weapon twice at the fleeing vehicle.
The incident left Evans with an injured shoulder. “I had to have my right shoulder worked on,” Evans said.
“I really thought he would have still been in jail. I thought the judge sentenced him to three or four years. I was surprised to hear about it (the shooting),” Evans said Tuesday.
White was arrested and booked on March 14, 2016 on charges of aggravated assault (felony), possession of a firearm by convicted felon and first offender probation (felony), reckless conduct, and failure to appear.
Police are still attempting to put together all of the pieces from last week’s domestic dispute and shooting. Joseph Michael White had his first court appearance Sunday before Chief Magistrate Pat Pollock. The magistrate denied bond and White remained in custody at the Grady County Detention Center as of Tuesday.
Cairo Police were dispatched to 161 13th Ave. S.W. at approximately 1:15 p.m., Friday. A family member, according to Cairo Police Chief Keith Sandefur, reported that someone at the residence had a weapon and someone else was not breathing.
Grady County Emergency Medical Service personnel were also dispatched. Upon arrival, lawmen and EMS staffers found Travis Christopher White unresponsive on the ground at the rear of the residence.
Police are describing the reporter of the crime as a “close family member” and that individual told authorities that Joseph White had left the scene on foot and with the firearm he allegedly used to shoot his brother.
Without knowing the suspect’s whereabouts, police immediately notified Grady County School Superintendent Dr. Kermit Gilliard. The superintendent ordered Cairo High School, Southside Elementary School and Washington Middle School to be placed on lock down and the other city schools were placed on alert.
Chief Sandefur requested the assistance of the Georgia Bureau of Investigation, the Georgia State Patrol and the Grady County Sheriff’s Office to assist with the manhunt and murder probe.
At approximately 2:40 p.m., police received a 911 call from Monrovia Growers staff who had spotted an individual on the nursery property without permission. Law enforcement agents responded and took an unarmed White into custody.
Dr. Gilliard was able to take the three schools off of lockdown and school buses were dispatched shortly before 3 p.m. with school dismissal being delayed only briefly.
Chief Sandefur then requested assistance from a Georgia Department of Natural Resources K9 unit based out of Cordele to assist police in locating the suspected murder weapon. Authorities say White had traveled through the woods southwest of the scene of the alleged murder and ended up at Monrovia Growers located on GA Hwy. 111 South.
Utilizing the DNR K9 unit, officers were able to locate a weapon similar to the one a witness described as being the murder weapon.
“We cannot say with certainty it is in fact the murder weapon until ballistic testing by the state crime lab is completed,” Chief Sandefur said.
The police chief also commented, “We are unsure what the argument (between the two brothers) was about.”
The chief says that additional charges may be filed against the alleged assailant.
Meanwhile, the remaining family members are preparing to say goodbye to the slain brother.
Funeral services for Travis Christopher White will be held Saturday, April 6 at 2 p.m. at Full Gospel Chapel, 826 First St. S.W. According to his obituary, he was a self-employed welder and certified firefighter.
White’s complete obituary appears on Page B6 of this edition. Clark Funeral Home is assisting the White family with the funeral arrangements.
Posted in News