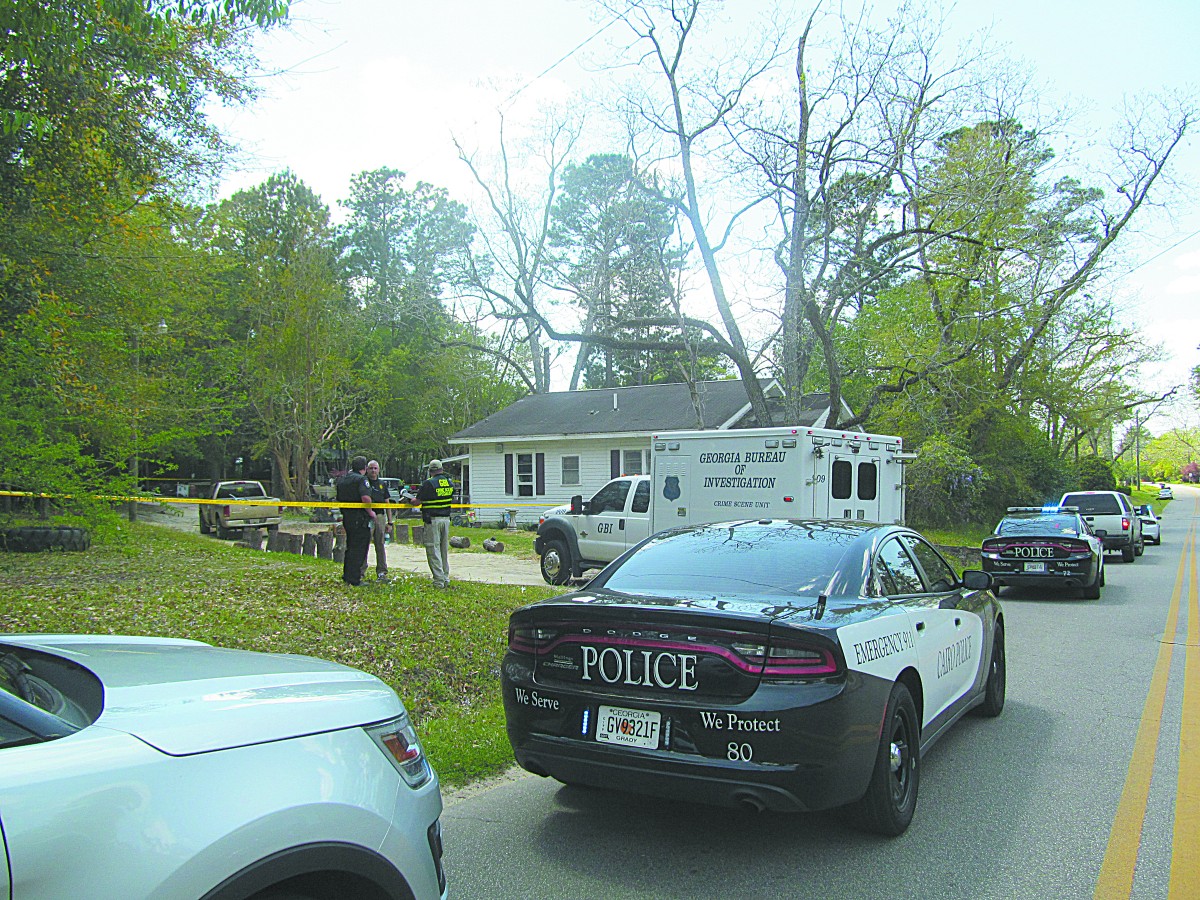 CAIRO POLICE at the scene of an apparent homicide Friday afternoon.

Cairo Police Chief Keith Sandefur reports that city police are continuing to question Joseph White in connection with an apparent homicide that took place at approximately 1:15 p.m. Friday in the 100 block of 13th Avenue Southwest.
Police say the victim is Travis White, 33, a part-time resident of the home on 13th Avenue S.W. where the alleged shooting took place. The two men are brothers, according to authorities. Joseph White is a white male in his mid to late 20s.
The Georgia Bureau of Investigation has been called in and is working with CPD investigators on the case.
Police took Joseph White into custody at approximately 2:50 p.m. Friday near Monrovia Growers on GA Hwy. 111 South. He remains in police custody, but Chief Sandefur says no charges have been filed at this time. Lawmen are continuing to interview witnesses to the crime and processing the crime scene.