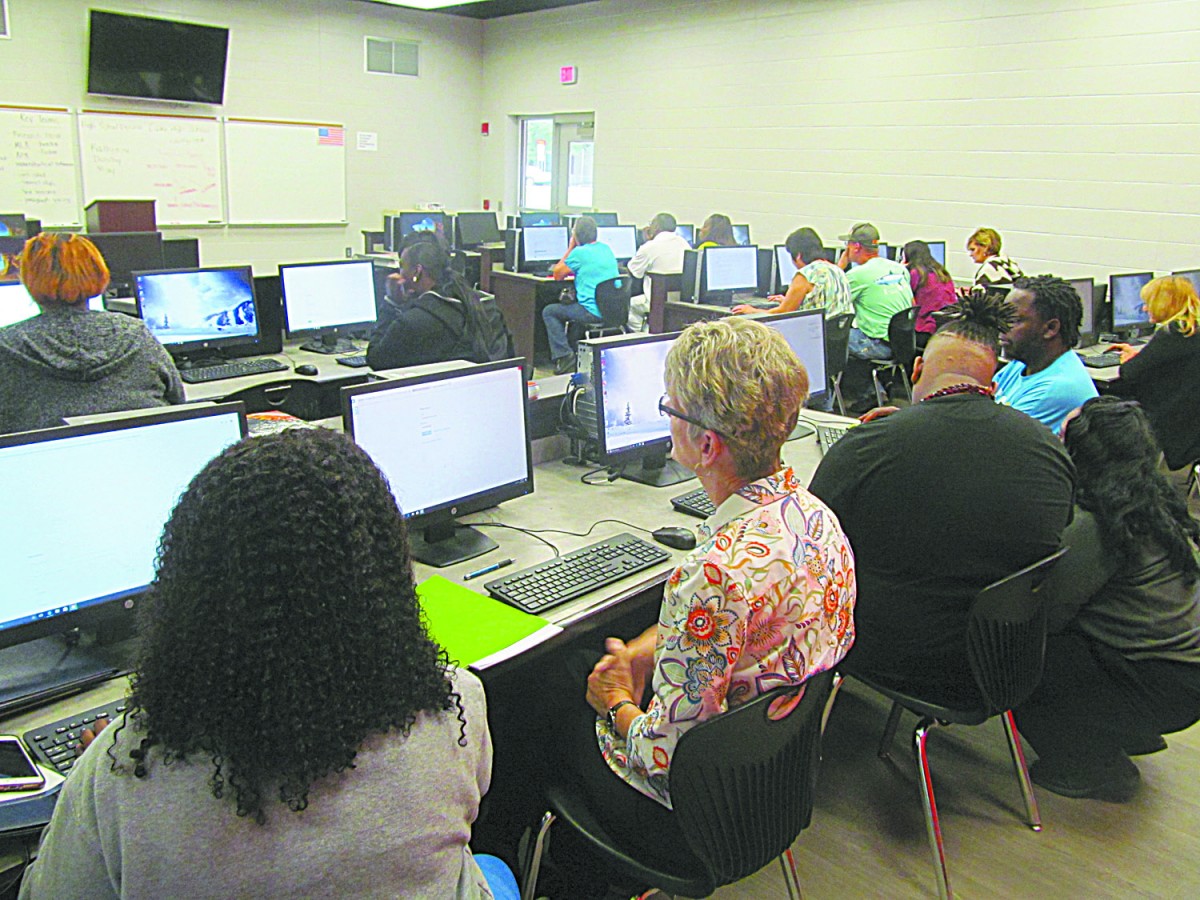 NIVEL OFFICIALS report that they were pleased with the turnout of prospective new employees at Tuesday’s job fair in Cairo.

On the heels of the official announcement last week that 60 new manufacturing jobs are being created here, a quickly arranged job fair was held Tuesday at the Cairo High School College and Career Center.

The event hosted by Nivel Parts & Manufacturing Co., LLC of Jacksonville, Fla., and scheduled by the Cairo-Grady County Chamber of Commerce and the Grady County Joint Development Authority, was well attended, according to officials.
JDA executive Julian Brown, who recruited the company to expand here, said that company officials said that Tuesday’s event was beyond their expectation and that they were surprised to have so many people interested in attendance.
According to Brown, approximately 40 people submitted applications for one of upwards of 60-plus jobs to be created as Nivel transitions its local Madjax wholesale golf cart accessory distribution center here to a manufacturing plant.
Also assisting with the job fair Tuesday was Grady County School System Work Based Learning coordinator Michelle Ausley. According to Brown, Nivel officials are eager to work with the College and Career Academy at CHS to develop an internship program and foster a working relationship with the school system.
Madjax was purchased by Nivel in 2015 and employment locally had dropped from nearly 30 down to eight, according to company officials. It appeared likely the local facility would have been shuttered and sold if a deal to bring the manufacturing production here had not been reached.
Rod Darrow is the director of change management for Nivel and he is serving as the project manager for the transitioning of the local facility from distribution to manufacturing.
According to Darrow, the company is currently accepting applications for metal fabrication, assembly and sewing positions. Initial products to be manufactured in the Cairo plant will be windshields and tops for golf carts. Additional products will be added in the future, Darrow says.
Nivel currently has manufacturing facilities in North Carolina, Pennsylvania and Tampa, Fla.
According to Darrow, the local plant will be managed by Bryan Gulledge, who is coming here from a Nivel plant in North Carolina.
The local plant, located at 2051 Second Ave. N.E., is 112,000 square feet and there is 13.7 acres available for future expansion.
Darrow says that the plan is for the local plant to be operational by April or May and up to full production by the end of the year, if all goes as expected.
Anyone interested in applying for jobs with Nivel’s Cairo plant may email resumes to nivelhr@nivelparts.com or fax them to 904-369-2588.
Nivel is also participating in another job fair this week in Thomasville. Today, Wednesday, Feb. 27, a job fair is being held at Southern Regional Technical College in Thomasville, Building A, Room 132 from 10 a.m. until 2 p.m.
The origins of Nivel date back to a single Cushman dealership in Miami that opened in 1968. The company has since become North America’s largest provider of golf cart after-market parts and accessories. The company offers over 10,000 items for all of the three major brands, Club Car, E-Z-GO and Yamaha as well as for Columbia/Harley Davidson, Cushman, Hyundai, Jacobson, Legend, Melex, Noland, Nordskog, Pargo, Taylor Dunn, and vintage, discontinued golf carts. Nivel also specializes in providing exclusive, hard-to-find and discontinued parts.
Posted in News