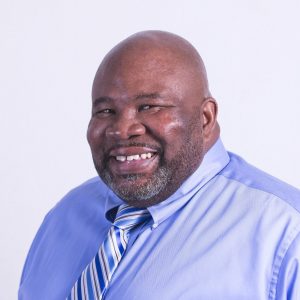 The Grady County Board of Education has now hired the second member of its new police force.
On the recommendation of Shiver Elementary School Principal Todd Jones, Grady County School System Police Chief Redell Walton and Grady County School Superintendent Dr. Kermit Gilliard, the board voted 4-0 to employ Donald “Dickie” Thomas as the School Resource Officer at Shiver Elementary School.
Board member Laura Register was absent Tuesday.
Officer Thomas comes to the Grady County School System Police Department from the Grady County Sheriff’s Office where he was employed from October 2007 until January of this year. He worked for a short time as a correctional officer before going to work with the Sheriff’s Office. Prior to law enforcement, Thomas was employed by the City of Cairo Gas Department from July 1997 until June 2006.
“I’m honored to have this opportunity to work at Shiver School. It is where I began my school career and my brothers and sisters also attended Shiver. I grew up in that area and I’m humbled to be offered this job. I look forward to meeting the students and Shiver staff and getting to work in my new job,” Officer Thomas said Tuesday.
Officer Thomas is a 1987 graduate of Cairo High School, where he was active in sports.
Chief Walton said he was pleased with the hiring of Officer Thomas.
“He is one of those officers with ties to all sections of this community. I feel lucky to have him and he will be an asset to our school system and Shiver School in particular. I hope we are as fortunate as we hire the rest of our staff,” Chief Walton said.
Eventually, officers will be housed at Whigham Elementary School, Washington Middle School and Cairo High School. Chief Walton will split his time between Northside, Southside and Eastside elementary schools.
Superintendent Gilliard and the school board focused their attention on recruiting and hiring an officer at Shiver first since it is the most remote school in the system.
“We are a two-person department as of today and we welcome Officer Thomas to our team,” Dr. Gilliard said.
Thomas will officially begin work March 1. Chief Walton is finalizing a policy and procedure manual for the school system police force and the superintendent anticipates it will be presented to the school board in March for adoption.
Dr. Gilliard said the system will begin advertising for the three remaining officers shortly.
Chief Walton attended the board’s February meeting Tuesday night and updated the members on his activities since coming to work Jan. 14.
According to the chief, once the Originating Agency Identifier number is issued, the new police force can operate with police powers and can be armed. “Once we have that, I think everything else will speed up,” Chief Walton said Tuesday.
The Grady County School System Police Department has already been recognized by the Peace Officers Standards of Training as a police department.
“Welcome aboard,” Grady County Board of Education Chairman Jeff Worsham said Tuesday.