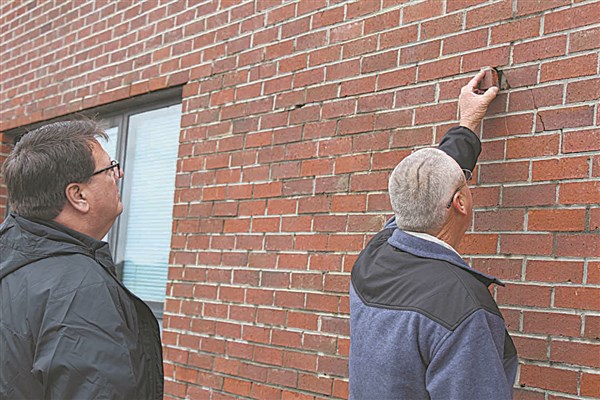 Grady County voters will go to the polls in March to decide whether or not to continue to levy a one percent sales tax to benefit the county’s public schools, but the sales tax is not the only source of funding school leaders plan to use to invest in facility improvements in 2019. A major project at one local school is projected to begin as early as March.
Grady County School Superintendent Dr. Kermit Gilliard said a final report is due next week that will determine if preliminary projections of approximately $7 million in reduced energy and operation costs over the next 15 years is confirmed.
In August, the board of education issued a letter of intent to award a contract to ABM Building Solutions LLC of Alpharetta to make improvements to school buildings to make them more energy efficient and improve indoor air quality.
If the preliminary projections are confirmed and a contract is executed later this month, one of the first projects will be at Whigham Elementary School with a projected start date of March or April 2019.
Through a lease agreement with ABM, the Whigham project will be funded by ABM and the school system will pay back the lease with the savings guaranteed by ABM.
Work at Whigham will include the renovation of restrooms, upgraded lighting, replacement of inefficient windows and doors, enclosure of the walkway between the main building, media center, auditorium and primary wing as well as upgraded security, fresh paint and new floor coverings in the 1956 portion of the building, which includes the primary wing, middle school wing, and administrative area.
The heating and air conditioning system, which is nearly 30 years old, will also be replaced.
Dr. Gilliard said that ABM funding may also be used for upgrades to security cameras at all schools.
Due to the age of the county’s school buildings, the system is eligible for modernization grants from the state to make facilities improvements.
Work on the Northside Elementary School kitchen and cafeteria is slated to begin in May 2019, according to Dr. Gilliard. Both facilities will be enlarged and drainage issues addressed. A combination of modernization funds and money from the current Education Special Purpose Local Option Sales Tax will be used to finance this project. School Nutrition Department funds will be used for new kitchen equipment.
Should the county’s registered voters approve the renewal of the one percent sales tax on March 19, a number of other extensive projects is on the drawing board. The tax is projected to generate $14 million over five years to benefit local schools.
Between $4 and $5 million is expected to be spent for improvements to Eastside Elementary School. Recently, cracks in the walls of the school were discovered and structural engineers have been consulted to determine the safety and stability of the building. Officials say they believe the cracks are the result of damage suffered during Hurricane Michael.
The engineer’s findings may impact future plans, but on the drawing board at the moment is a new cafeteria and kitchen as well as new administrative offices, classrooms and media center at Eastside. The local system is eligible for approximately $3 million in state funds for the project and the remainder would be from the new sales tax, if approved by the voters.
“Very little has been changed in this building since it was moved to Cairo,” Dr. Gilliard said. The main building at Eastside was originally constructed in 1956 as Beckbranch School in Calvary and was moved to the current site in 1984/1985.
In addition to other projects at all of the county’s schools, athletic facility needs are also being contemplated and could be financed with ESPLOST funding.
If necessary, the sales tax could also be used for new technology and the purchase of school buses.
“We hope that the voters see that we have been good stewards of their tax dollars. The board has held the line on ad valorem taxes and the additional revenue generated through sales taxes has allowed us to continue to keep the school tax rate level. We want to continue to provide the best facilities possible without going into debt like some of our neighboring school systems,” Dr. Gilliard said.
Posted in News