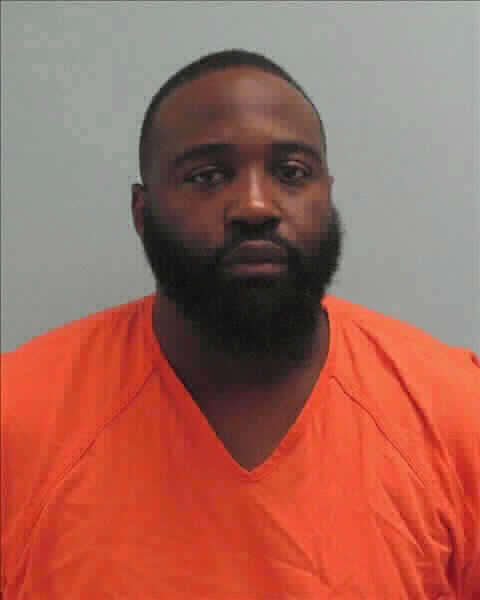 Charles E. Peeler, U.S. Attorney for the Middle District of Georgia, announced that on May 17, 2018, Senior U.S. District Court Judge W. Louis Sands, sitting in Albany, sentenced Cary Brandon Smith, 33, of Cairo, to 360 months imprisonment as the result of his plea of guilty earlier this year to 31 of 32 counts in an indictment charging him with multiple counts of Conspiracy to Manufacture and Possess with Intent to Distribute Methamphetamine and Other Controlled Substances, Possession of a Firearm in Furtherance of a Drug Trafficking Crime, Possession of a Stolen Firearm, Use of a Communications Facility in Furtherance of a Drug Trafficking Crime and Possession of a Firearm by a Convicted Felon.
Court records reveal that on March 19, 2015, deputies with the Grady County Sheriff’s Office searched for a wanted person and observed Cary Brandon Smith running away from the residence and into a wooded area nearby. After obtaining a search warrant, agents found a methamphetamine lab with methamphetamine, ingredients for manufacture of the drug and evidence of prior manufacturing of the substance.
Arrest warrants were sworn out for Mr. Smith and he remained at large until Sept. 2, 2015, when Grady County deputies traveled to a location on Old Egg Road in Cairo and arrested him following a foot chase. A search of the premises pursuant to a warrant revealed another methamphetamine lab, along with the drug itself and two firearms: a Ruger .357 Magnum revolver and an SKS high capacity semiautomatic rifle, which had been stolen in an earlier burglary.
Mr. Smith admitted to police at the time of this arrest that he manufactured and sold methamphetamine. He also admitted that he knew that the SKS rifle was stolen. Due to prior convictions in Georgia for Criminal Attempt to Manufacture Methamphetamine, Possession of Marijuana with the Intent to Distribute, and Burglary, it was a violation of federal law for Mr. Smith to possess any firearm, a fact he admitted he knew.
While awaiting trial for his crimes on the charges stemming from the March 2015 and September 2015 incidents, Smith continued dealing in methamphetamine and other illegal drugs, as well as possessing guns, according to the U.S. Attorney.
On June 21, 2017, agents executed a search warrant at a Humble Road address in Cairo where they discovered two handguns, methamphetamine, other illegal drugs and documents identifying Smith.
On June 23, 2017, officers arrested Smith during a traffic stop and discovered marijuana and components for manufacturing methamphetamine. Smith admitted that the marijuana was his. He also described obtaining large quantities of methamphetamine in Moultrie and having traveled to Atlanta to meet with the sources of supply.
“Cary Smith has been a one-man crime wave in south Georgia for several years, manufacturing and selling methamphetamine and other drugs despite numerous arrests and convictions for doing so. In addition, he committed these crimes while armed, knowing that he was prohibited from possessing firearms because of these previous convictions. Mr. Smith earned and deserves the harsh sentence he received, as he has proven beyond any doubt that incarceration is the only way to stop him from ravaging our community through the illegal manufacture and sale of methamphetamine and other highly addictive and destructive drugs,” said U. S. Attorney Peeler.
This case was brought as part of Project Safe Neighborhoods (PSN), a program that has been historically successful in bringing together all levels of law enforcement to reduce violent crime and make neighborhoods safer. In October 2017, as part of a series of actions to address crime trends, Attorney General Jeff Sessions announced the reinvigoration of PSN and directed all U.S. Attorney’s Offices to develop a district crime reduction strategy that incorporates the lessons learned since PSN launched in 2001.
The case was investigated by the Bureau of Alcohol, Tobacco and Firearms, Georgia Bureau of Investigation, the Grady County Sheriff’s Office and the Cairo Police Department. Assistant United States Attorney Leah E. McEwen prosecuted the case for the United States.
Posted in News