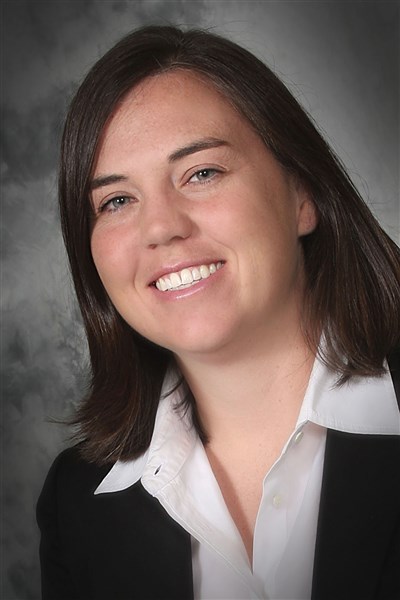 GRADY COUNTY attorney Jennifer D. Herzog said she wanted to consult with attorney Laura Benz on the proposed RFQ. As of Tuesday, she had not shared the draft with Benz.

Lake authority
consultant
waiting on
feedback
Grady County commissioners have told members of the Grady County Lake Authority that time is of the essence in pushing forward with the development around the 960-acre Tired Creek Lake, but three weeks after receiving a draft of a “Request for Qualifications” produced by Tired Creek consultant William F. Butler, the county’s attorney has not provided the consultant with her suggested revisions.
A joint meeting of the Grady County Commission and the lake authority scheduled for last Thursday was canceled after it was learned that Grady County attorney Jennifer Dorminey Herzog had not provided Butler with any of her suggested changes to the document.
Butler advised members of the lake authority he would be willing to meet, but without input from the county attorney the document was no different than when the last joint meeting was held on Jan. 22.
Herzog told county commissioners Tuesday night she had completed her review but was seeking comment from attorney Laura Benz, who served as a consultant to the county in obtaining the federal 404 permit authorizing the construction of the lake.
However, when pressed Tuesday night, Herzog said she had not yet provided Benz with a draft of the RFQ.
Butler has said he is prepared to begin advertising the RFQ once the county commission and authority sign off on the document. The Tired Creek development consultant said he is also eager to begin contacting potential developers who may be interested in the project.
Herzog said Tuesday night she realized that everyone was anxious to get the RFQ out, but that she wanted to consult with Benz and possibly U.S. Army Corps of Engineer officials before it was advertised. “Once we roll it out we don’t want any hiccups,” Herzog said.
Butler told lake authority members last week that Herzog had indicated to him that she would know more after Tuesday’s commission meeting.
It appears it could be several more weeks before the document can be finalized and put out to the development community.
Grady County Commission Vice Chairman T.D. David said this week that he wanted the board and authority to meet soon on Lake Authority Vice Chairman Lee Gainous’ proposal to construct some bathroom facilities at the State Park Road boat ramp site.
Gainous had previously asked Lake Authority Executive Director Mike Binion to talk with City of Cairo officials about the plans they used to construct bathrooms at Davis and Azalea parks in the city.
According to Gainous, the city spent approximately $40,000 for the bathrooms. The lake authority vice chairman said the county could construct similar facilities for significantly less by utilizing the county’s building and grounds department for in-kind services and Building Official Brian Harrison as the general contractor on the project.
“We need to have bathroom facilities for the public to use once we open the lake for public use,” Vice Chairman Gainous said.
Posted in News