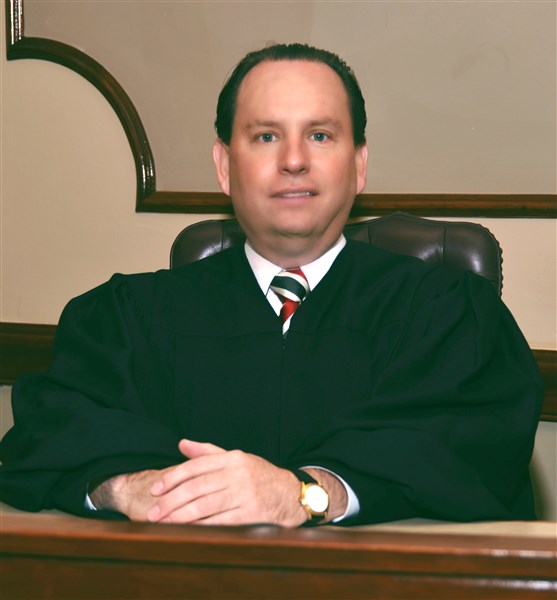 Chief Judge J. Kevin Chason of Cairo served on the Georgia Supreme Court this week as a designee in place of Justice Britt C. Grant. Judge Chason sat in place of Grant to hear the appeal of Campaign for Accountability v. Consumer Credit Research Foundation (S17G1676) and Board of Regents v. Consumer Credit Research Foundation (S17G1677).
The Supreme Court of Georgia heard arguments in the case on Monday, Feb. 5, 2018 during its 10 a.m. session.
In this case, the Board of Regents is appealing a Georgia Court of Appeals decision prohibiting it from providing information to a private organization that the Board is willing to release. In addition to hearing arguments, Chief Judge Chason will participate in the Court’s decision.
Designated judges are appointed when a justice must recuse himself or herself from a particular case. The Supreme Court of Georgia maintains a list of select judges from around the state and when the need arises, the Court appoints the next judge on the list.
Chief Judge Chason, 55, was elected to the Superior Court of the South Georgia Judicial Circuit in 2009. He has been reelected twice. In addition to his regular duties, he also serves as the Presiding Judge of the South Georgia Judicial Circuit Accountability Court. The judicial circuit includes Baker, Calhoun, Decatur, Grady and Mitchell counties. He served as Presiding Judge of the South Georgia Judicial Circuit from 2009-2016.
Before being elected as a judge, Chief Judge Chason served as Solicitor General for the State Court of Grady County from 1996-2008. He was engaged in private practice from 1987-2009.
Chief Judge Chason obtained his undergraduate degree from Georgia Southwestern College in 1984 and his law degree from Mercer University School of Law in 1987.
Chief Judge Chason is a lifelong resident of Cairo and is married to Mary Kathryn Hester Chason. They have two children. He is the son of the late Judge Willard Chason and Mrs. Carolyn Chason also of Cairo.
Posted in News