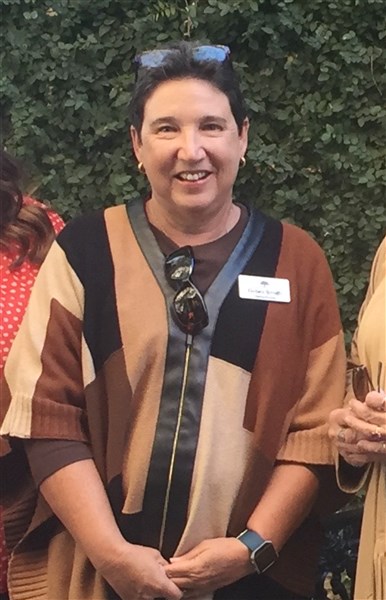 Taste of Thomasville Food Tour, founded and led by Cairo resident Debra Smith, recently was honored by Southern Living magazine as one of the top five food tours in the state of Georgia.
“I was beside myself when I found out and honored at the same time,” said Smith, who has lived in Cairo for 36 years. “I wanted to just be mentioned one day in Southern Living. I never dreamed I would be given an honor like that.”
Her excitement was compounded about a week later when she attended the 2017 Global Food Tour Conference in Montreal. One of the sessions focused on advertising, and the speaker said that if your tour is listed in one of six magazines, including Southern Living, then you’ve made it. Smith was sitting next to the man who owns the Charleston (SC) Food Tours and who inspired her to start her own. “I punched him in the arm and said, ‘Looks like I’ve made it,’” Smith said.
Receiving the Southern Living recognition wasn’t the first time that something magical has been associated with the tour. On a past tour, neighbors from 20 years ago in Virginia were reunited. On another tour, Smith and one of the people on her tour realized that they had grandfathers from the same ranch in Texas. Another special moment happened to a friend of Smith’s who took the tour on the birthday she shared with her twin sister, who had died years previously. After taking the food tour, “she said it was the first time in years she had smiled on her birthday,” Smith said. “She had always dreaded it.”
Before yet another tour, a young man told Smith he was considering proposing to his girlfriend on the tour. When they reached the Big Oak, Smith saw him pull the engagement ring from his pocket. “I was so excited, I couldn’t finish my story about the tree,” she said. The young man fell down on one knee and proposed to his girlfriend, who accepted.
Meeting the people who take her tours has been the most fulfilling part of the business, Smith says. She’s had tour participants from all continents, including a scientist from Antarctica. Smith has had several repeat customers, and one Cairo woman has been several times. Smith told her that if she continues, she’ll be hired as a tour guide. The tour recently celebrated its 600th tour and 5,000th participant.
Smith started the food tour after retiring as a school teacher and Weight Watchers leader. She attended an intensive course at the Chicago-based Food Tour Pros to learn how to launch the business.  “The rest is history,” Smith says. “Five years later, we’re going strong.”
In addition to a traditional food tour, Smith offers an after hours tour and a tour for children. Each may also be arranged as private tours. For more information visit the website www.tasteofthomasvillefoodtour.com.
Posted in News