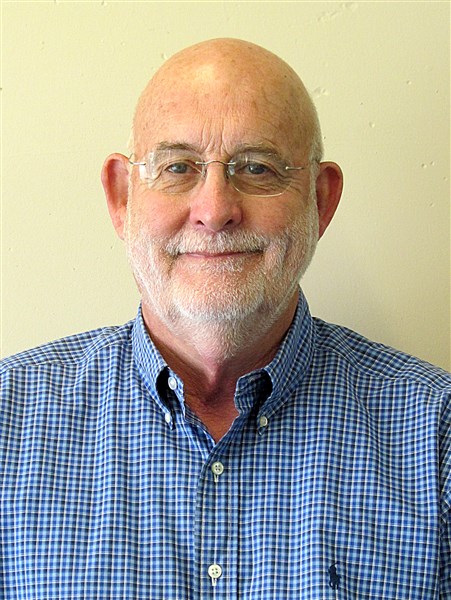 Newly elected Grady EMC District 6 Director Gordon Clyatt will take part in his first board meeting of the co-op this afternoon and he said he is hopeful the board will support some of his initiatives.
Clyatt defeated 33-year veteran director Robert E. Lee on Oct. 20 at the 79th annual Grady EMC membership meeting.
The EMC board meets today at 2 p.m. at the EMC headquarters.
Clyatt told The Messenger Tuesday he does not know exactly what to expect from Wednesday’s meeting.
“I’m going in with a positive attitude. I haven’t been informed exactly where to go once I get there and no information regarding the agenda or issues to be discussed have been shared with me. I guess I’ll just go right in the front door and someone will show me where I need to be,” Clyatt said.
The new District 6 director, who has been a vocal critic of the board and management of Grady EMC, said his only communication from the management or board was an unsigned letter mailed to him stating the board would meet at 2 p.m. on Wednesday, Nov. 1 at the EMC headquarters.
Clyatt said one of the motions he intends to make Wednesday is for each board member to be provided an agenda and packet with information on each item to be discussed a minimum of 72 hours prior to each board meeting.
“That is the only way a director can know what the issues to be discussed will be. How can anyone make an informed decision when they don’t know what is to be discussed until they arrive at the meeting each month? I’m hopeful the other board members will agree we need management to provide us this type information so that when we attend board meetings we can make the best decisions possible,” Clyatt said.
Clyatt said he also plans to call for the agenda to be posted in the lobby of the EMC headquarters and posted on the Grady EMC website to provide members notice of upcoming meetings of the board of directors and the issues they plan to address.
The new EMC director also wants to make board meetings open to the membership. Clyatt said he is prepared to offer a motion at today’s meeting to open up the meetings for members to attend without requesting permission. Members who wish to address the board, though, would be required to seek permission at least five days prior to the meeting, under the proposal Clyatt intends to support.
“Why wouldn’t we want to make our meetings open to the member owners of Grady EMC? I ran on a platform of complete transparency and I intend to keep my promises,” Clyatt said.
The District 6 director will also offer a motion to eliminate a $15 per meter per month fee that is included in each member’s monthly utility bill. According to Clyatt, the fee is a base fee the EMC has charged its members monthly, but one he believes should be eliminated or at a minimum reduced.
Prior to this week’s meeting Clyatt emailed Grady EMC President and General Manager Thomas A. (Bo) Rosser Jr., seeking some information and EMC documents, but Rosser told him that he would have to bring up his request at the Nov. 1 board meeting.
“It seems the only way to get issues discussed is to make a motion and hopefully get a second so that there can be some discussion of matters. Nothing I’m asking for is for me. Everything I’m asking for is for each member of the board,” Clyatt said.
Based on members’ requests, Clyatt said he is also planning to offer a motion for the board to solicit proposals from qualified firms to conduct a forensic audit of Grady EMC.
“I’m not sure if the board will approve it or not, but I’m going to try and get it done. If the other directors want to vote against it that is fine and I’ll let the members know which directors vote it down,” Clyatt said.
Finally, Clyatt is planning to offer a motion to change the bylaws so that the chairman of the board presides and is in charge of not only board meetings, but also the annual membership meeting and not the president and general manager.
Clyatt said he will also refuse any compensation or benefits from service as a director, which is a pledge he campaigned on. “My only gratuity will be having full transparency at Grady EMC,” he said.
The newly elected director is not optimistic the board will agree with his proposed changes. “I probably will be voted down, but no matter what is said or done I’m going to try to keep a smile on my face and continue working for what is right. We’ll see what happens,” he said.
Posted in News