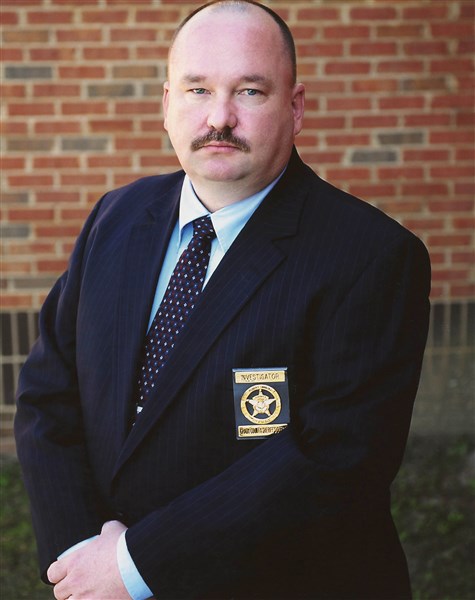 Area law enforcement officers are joining family and friends in mourning the death of Grady County Sheriff’s investigator Robert Simmons.
Simmons, 46, passed away at his home Monday of natural causes.
Grady County Sheriff Harry Young says Simmons will be missed. “Robbie was a man of integrity and character and a good Christian guy,” Sheriff Young said Tuesday.
“He always wanted to make the sheriff’s office the best it could be. It makes you feel good knowing when you’ve hired the right person.”
Sheriff Young said he first met Simmons 14 years ago when they both worked for the Pelham Police Department. Shortly after Young took office as Grady County Sheriff in January 2005, he hired Simmons, who started as a deputy that spring. Young said because of his knowledge of law enforcement, Simmons moved up the ranks, serving as corporal, shift commander and sergeant. In the summer of 2010, he became an investigator and later promoted to lieutenant.
“He did a great job as an investigator. He just loved people, and had such a big heart. Anytime you needed anything, he was there. If you ever got to be around him, you loved him,” said Sheriff Young.
Funeral services for Simmons will take place Thursday at Rose City Church of God in Thomasville at 11 a.m. His complete obituary may be found on Page B6 of this newspaper.
Posted in News