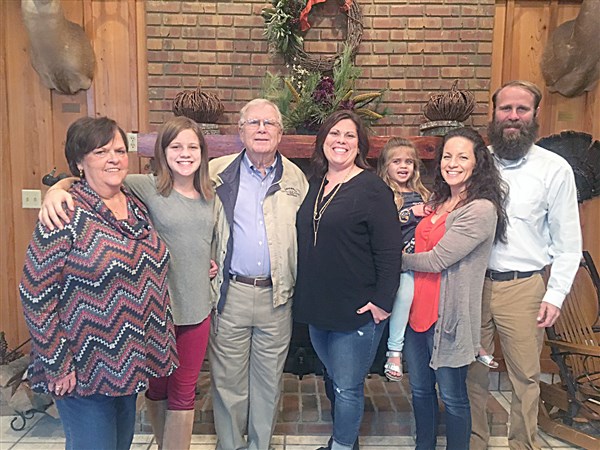 After more than 40 years at the helm of Flowerwood Nursery in Cairo, Jim Rinker has stepped down as general manager. “I love it. … I’m really going to miss it,” Rinker says.
The Pennsylvania native began working at the nursery in 1972 after serving in Vietnam 1968-1969. He was named Flowerwood’s general manager in 1974, succeeding Corbett Connell, father of Rinker’s wife, Sandee.
In 1988, Rinker was named the Georgia Nurseryman of the Year, and in 1990 to 1991 he served as president of the Wholesale Division of the Georgia Green Industry Association.
The Rinkers are the parents of Jason and Carolyn, in-laws of April Rinker and grandparents of Anna and Madelyn Rinker.
Rinker’s last day at the nursery was Friday, Oct. 28, but a surprise retirement party was held in his honor on Saturday, Nov. 5.
Stephen Strickland, formerly the production manager, was named the new general manager of the Cairo location.
Flowerwood is located on U.S. 84 East in Cairo. Begun as a backyard hobby of Harry H. Smith, Flowerwood was incorporated as a nursery in 1946, and now is a third generation family owned wholesale nursery with locations in Georgia, Alabama and Florida.
Posted in News