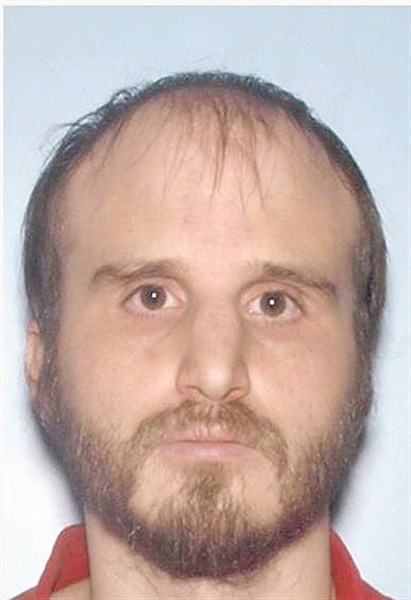 A relationship that started on the internet between a 15-year-old Cairo girl and a 29-year-old Marietta man had local authorities scouring Cairo High School Wednesday after the man sent word that he may be on campus. By that evening, the man was in jail in Marietta on a charge of sexual exploitation of a child.
The mother of the young girl had intercepted a text message from Russell Austyn Miller and alerted the school of her concern for her daughter’s safety at 8:50 a.m. Officers and deputies with the Cairo Police Department and Grady County Sheriff’s Office joined school administrators in searching Cairo High School and outlying areas. School principal Chris Lokey says he alerted teachers via email about the impending search so as not to interrupt the school day, which included a large group of students taking the PSAT on campus.
“After the search was completed, local law enforcement felt confident that the campus and surrounding areas were safe. All students were in class while the sweep and search was conducted,” states Lokey.
Local law enforcement contacted Marietta Police who then went to Miller’s Marietta home where they took him into custody after allegedly finding more than 200 pictures and video footage of underage women on his computer. Miller is being held in the Cobb County Jail without bond on one child of sexual exploitation of a child.
Grady County Sheriff Harry Young says it’s possible Miller was interacting with more than just one Cairo juvenile, and he encourages parents to keep up with what their children are doing on the internet. “(Parents have) got a right to check their (child’s) phone. They’re still a child,” Sheriff Young says, “If a child stays in their room all the time and never comes out, and doesn’t want you to bother them and stays on the phone, there’s something going on, usually. That’s what I have seen in my experience.”
Since 2012, all 9th grade students at Cairo High School have been required to attend an internet safety program held in the media center. “Our school must certify that as part of its Internet safety policy, ‘[It] provide for the education of students regarding appropriate online behavior, including interacting with other individuals on social networking websites and in chat rooms, and regarding cyber bullying awareness and response,’” states the school’s policy.
Student safety was top of mind when this situation arose Wednesday morning, according to Lokey. Although the message from Miller did not include a direct threat to the campus, the principal says the situation was handled carefully. “Anytime we get a report that somebody is possibly on our campus, we have to take it seriously. The safety of the students is the number one concern. There had been previous issues with her family off campus, and that raised a red flag,” he says.
Lokey communicated with all parents of Cairo High School students about the situation in a recorded telephone call and in an email. He stated, “This subject has since been located outside of Grady County by law enforcement agents and poses no threat to any of our students. We take matters like this very seriously, and the safety of our students and faculty are a top concern of our school officials. I can assure you that at no time were any of our students or faculty in any danger. I want to thank our administrators and local law enforcement officers for their quick response to this situation. Parents, as your child’s principal I want to do my best to keep you aware of important issues that arise at Cairo High School.”
Sheriff Young says the case against Miller will be handled by the Marietta Police Department.
Posted in News