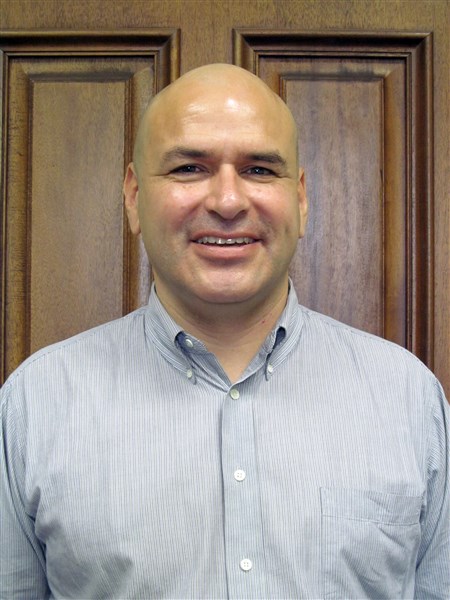 Grady County administrator Carlos Tobar has reimbursed the county for a necklace he had purchased with taxpayers’ money for a resident of south Grady County.
Tobar spent $119.39 on amazon.com for a necklace with the inscription Kuhne Lane on it.
The administrator purchased the jewelry for Breanna Kuhne, daughter of the late Richard Kuhne. According to Tobar, he bought the necklace for her to honor her late father, who he says was instrumental in the paving project in Lewis Estates being undertaken.
Grady County Commissioner LaFaye Copeland voiced her opposition to spending tax money for the necklace during Tuesday morning’s county commission meeting.
Commissioner Copeland said she knew nothing about it until the day of the grand opening ceremony held last week.
She also said that she had been contacted by constituents in her district who were opposed to county funds being spent in such a way.
Tobar said the idea of buying the necklace was his wife’s and he announced at Tuesday’s meeting he would be glad to reimburse the county for the purchase.
Grady County Commission Chairman Charles Norton said he was aware in advance of Tobar’s desire to recognize the young lady, but he said he was not aware that county funds had been used to purchase the piece of jewelry.
Commissioners T.D. David and Ray Prince both offered to split the cost with Tobar, but the administrator said Tuesday afternoon that he had already written a check to reimburse the county.
Tobar said that the late Richard Kuhne assisted him in conducting the door-to-door surveys that were required in order to obtain grant funding for the project.
According to Tobar, Kuhne’s daughter on the day of his wake came to him “in tears” and asked if the street could be named after her father. Tobar approached commissioners about renaming the street but that proposal was rejected. It was then Mrs. Tobar suggested the idea of the necklace.
Posted in News