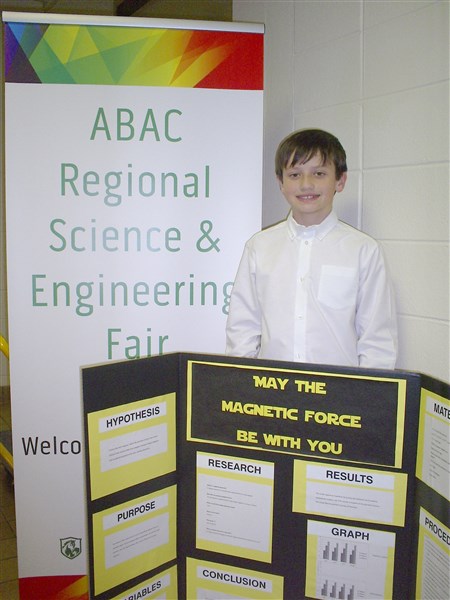 Noah Majors, a Washington Middle School student, won first place in the Regional Science Fair in Tifton held Friday.
Majors and six other WMS students competed in the event.
Drew Singletary, J.T. Andrews, Hayes Stills, Carley Griffin and Noah Jones all won second place honors for their science projects and Hailey Jones won a third place honors.
Noah Majors will now go on to compete at the State Science Fair in Athens in April.
“We are proud of Noah and all of the students who took part in the Regional Science Fair. We wish Noah the very best as he moves on to compete in the State Science Fair,” said WMS Principal Tilda Brimm.
Noah Majors is the son of Derrick and Jennifer Majors of Cairo.
Posted in News