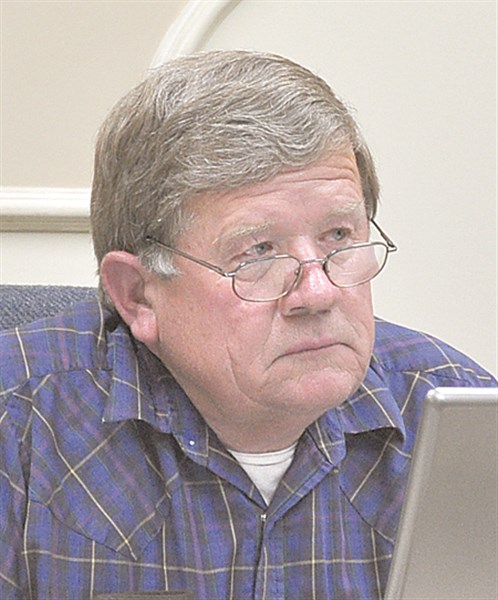 Grady County Commissioner Charles Norton is the longest consecutively serving county commissioner in the county’s history, but he said this week he does not plan to seek a sixth term.
“Twenty years in office is enough. I believe I have done my public service and it’s time for me to enjoy life a little bit,” Norton said Monday.
He added, “My ideas have probably worn thin and it’s time for someone with new ideas to take my place.”
Norton took office on Jan. 1, 1997 and has continued to serve ever since.
Norton said he is proud that every road in his district, with the exception of one, has been fully or partially resurfaced at least once during his tenure.
“I worked with my fellow commissioners to offer the best services we could at the least cost as possible. It has always been my goal to keep taxes bearable,” Norton said.
The veteran county commissioner said he is also proud of his involvement in the development of the Tired Creek Lake.
“I’ve worked hard on the lake and I hope to see water in it before I leave office,” Norton said.
The county is in the process of finalizing all requirements of the U.S. Army Corps of Engineers regarding mitigation in hopes of obtaining authorization to impound water very soon.
Norton first became directly involved in the project in 1997, when he suggested to the board of commissioners that they meet with the U.S. Army Corps of Engineers to discuss it. After these talks, the commissioners learned there had never been an application made for a permit.
In March 2000, Norton met with George T. Smith, a former Cairo attorney, speaker of the Georgia House of Representatives, lieutenant governor, and state Supreme Court justice, who had practiced law with then governor Roy Barnes. Norton asked Smith if he would help enlist the governor’s support in the project.
“He put in a good word for us, and got the governor on our side.”
Next, Norton and the board met in Atlanta with Harold Reheis, then director of the Georgia Environmental Protection Division and Lonice Barrett, then commissioner of the Georgia Department of Natural Resources, and they suggested the commissioners seek the guidance of attorney Wm. Thomas Craig of Covington due to his expertise in water management.
Several weeks later, Norton and then county administrator Rusty Moye traveled to Covington to meet with Craig to explain the project and determine his interest in becoming a consultant for it.
Finally, in May 2010 the county was issued a 404 permit by the Corps authorizing the construction of the 960-acre lake.
“I’ve really worked hard to see this project through, but it has become a reality because of the efforts of the entire board and not because of just one commissioner,” Norton said.
A native of Grady County, Norton has been a full-time resident here with the exception of two years of active duty serving his country in the U.S. Army. His service included a one-year tour of duty during the Vietnam War.
“I am making my intentions known now to give people time to consider running. I hope that folks will think about it and maybe somebody will step forward,” Norton said.
In addition to Norton’s District 3 seat, county commission seats for Districts 1 and 4, held by Elwyn Childs and LaFaye Copeland, are also up for election in 2016.
Qualifying for the general primary and nonpartisan ballot begins March 7 at 9 a.m. and will conclude at noon on March 11.
“I’ve enjoyed serving, but it is time for someone else to serve,” Norton said.
Posted in News