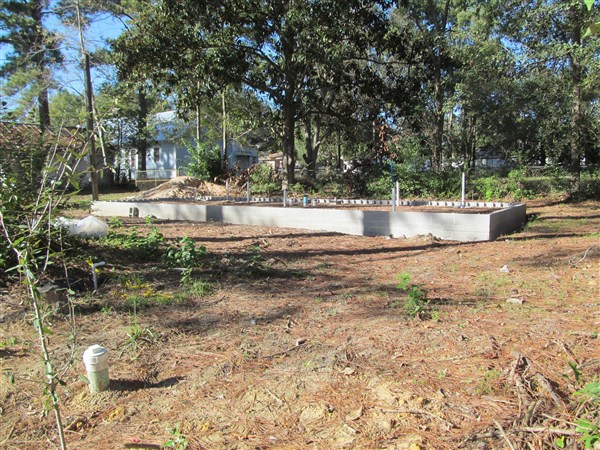 THIS “TINY HOUSE” being built at 409 Fourth Avenue N.E. by Jeremiah Horne will have to be moved back from the street to meet set back requirements. Horne sought a variance, but his request was denied by the Cairo Planning Commission last week.