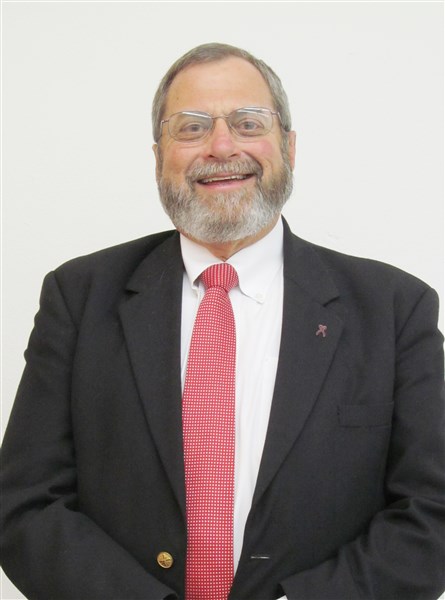 Grady County Commissioner T.D. David has given up on having access to the county’s bank accounts via online banking, but on Tuesday he renewed his push to have access to monitor county finances through the county’s accounting software, CSI.
“Two weeks ago I asked my fellow commissioners to consider allowing me to have online access to banks we do business with here in Grady County. I asked you to consider it and we would discuss it later. I didn’t talk about it with anybody and the next thing I know I got an email from Carlos (Tobar) saying that the commissioners had decided no one should have access to CSI or the bank accounts,” Commissioner David said.
During Tuesday’s commission meeting David attempted to “explain” his position and “expound” on what he meant to do.
After conferring with auditor Tom Carmichael and County Attorney Kevin S. Cauley, David decided to drop his request for having online access to the county’s bank accounts.
He maintains that he set up the online banking at the various banks in order to save newly appointed Accounting Manager Donna Johnson time when reconciling the county’s bank accounts.
“It will cut in half the time it takes for her to reconcile the bank accounts. It allows her to reconcile the accounts weekly rather than wait until the end of the month,” David said.
Although David is content not to have online access to the bank accounts, he requested commissioners consider allowing him limited access to the county’s accounting software program.
According to David, the access the county administrator has provided him is for observation and printing. David says he does not have authorization to make adjustments or to make bookkeeping entries in the system.
Commissioner David said the county commission office staff is all new and he said Tobar does not have time to monitor the activities of the county’s finance office.
“We cannot afford a repeat of what happened last year. I have full faith in these people. I have full faith in Carlos, but I don’t want him taking time to make sure invoices are charged right,” David said.
According to David, the only commissioner with a financial background, the county commission is making management decisions with a minimum of information.
In addition to reversing their decision not to allow him access to the CSI program, David also requested commissioners schedule a one-hour workshop to discuss finances prior to the next regular meeting.
“My intentions here are solely to get us to know a little bit more than we do now. Carlos has said we will get to that and we’ll get to that and there are all noble excuses, good reasons why we’ve been delayed. Just believe me and let me show you how we will be in better shape to make decisions,” David said.
The District 5 county commissioner told The Messenger, “Carlos and Donna, in my opinion, don’t have the time to monitor accounting procedures. Donna will eventually, but not at this early stage of learning her duties. Carlos is too busy with other things to monitor accounting right now.”
David said the access to CSI would not be done remotely and would be done in the courthouse using a laptop in the administrator’s office.
Commission Vice Chairman Charles Norton accused David of changing long standing board policies by having his name on signature cards for county bank accounts and setting up the online access prior to asking the board’s approval.
David denied adding his name to signature cards at the local banks and pointed out it was not his responsibility to have updated signature cards on file with the local banks after his year as chairman ended last year.
“I don’t know how to respond. I tried to facilitate something for Donna to make it easier for her. I apologize if it was seen as a breach of policy,’ David said.
Norton said the issue that “raised red flags” was after the board learned that David had set up online banking and had access to the passwords before he brought it up before the board during a special called meeting two weeks ago.
David said he had dropped the idea of having access to the bank accounts but said it was important for him be allowed access to the accounting software.
Vice Chairman Norton suggested the board table action and study the request before making a decision. David requested that the decision be made in a public meeting and not in private.
Chairman LaFaye Copeland questioned why Tobar would not have time to monitor the accounting now that a new accounting manager had been hired.
Tobar said he could pull any of the information Commissioner David wanted and export it to him that he could manipulate.
“I don’t know what you mean by doing both. He (Tobar) didn’t have anything to do with the accounting. I’m afraid with everything involved it will not be done for a while,” David said.
The financial workshop David requested is scheduled for Tuesday, April 21 at 5 p.m.
Posted in News