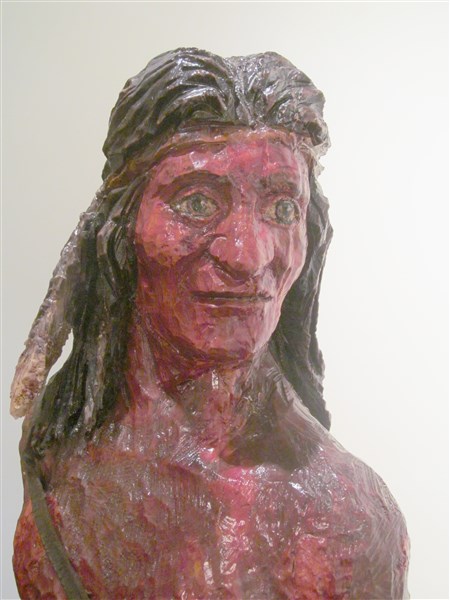 A unique Native American exhibit is currently on display at the Grady County Museum and History Center.
Arrow heads, pottery, sculptures and more are now on exhibit as well as books on Native Americans and their culture. The exhibit will remain on display through Dec. 12.
Contributors to the exhibit include the collections of Juanita Faircloth, Mike and Bo Jones, Sonny Lee, John and Jennifer McClenny, Floyd Searcy, Larry Rawlins, Seaborn Roddenbery, Lower Muskogee Creek Tribe, Betty Hester, and Randy and Marilynn Rhea.
The Homer Ansley collection, which is owned by the museum, is also featured in the exhibit.
Another feature of the exhibit is the Hawthorne Trail Rock. The rock was carved and put on the Hawthorne Trail-Indian Trail as a marker to indicate the way to a block fortress along the trail in the 1700s. It is likely of Spanish origin because the number 7 is backwards as the Spanish would have written it. It is the earliest and most significant historical find in Grady County.
The exhibit is open 11 a.m. – 3 p.m. on Tues. and Thurs., and 11 a.m. – 5 p.m. on Wednesday or by appointment.