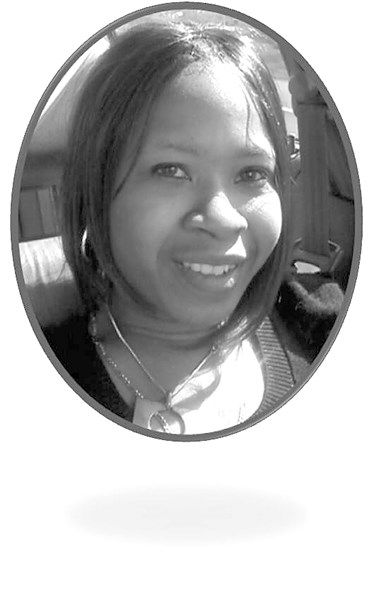 A Calvary woman was killed in a tragic car accident late last week, but the crash scene wasn’t discovered until approximately two days later.
Ga’Lisa Jannah Gerald, 25, lived alone, according to Sgt. First Class Tommy Peeples III, with the Georgia State Patrol. Gerald’s boyfriend, who lives in Florida, told authorities he had last communicated with her on Wednesday, March 26.
Peeples says troopers believe Gerald’s accident happened around 4:30 p.m. Thursday. It was at that time that a bow hunter was in the woods on Old 179 when he heard the squealing of tires. The man attempted to find the source of the loud noise, but never saw any wreckage, Peeples says.
Two days later, on Saturday, March 29, around 2:30 p.m., a passerby noticed marks on the roadway and stopped to investigate. When he looked off the Eastern road shoulder, the passerby discovered Gerald’s wrecked car.
“It was down in a really steep ditch, and the car laying on its side was almost covered by overgrown vegetation,” Peeples explains.
Troopers say Gerald was driving southbound on 179 in a 2007 Honda Civic when she lost control on a curve. The Honda swerved across the road and crashed into the ditch filled with running water. The driver, who was not wearing a seat belt, was thrown to the passenger side and partially ejected out of the front passenger window.
Peeples says Gerald’s father told troopers it was not unusual for his daughter to go several days between telephone calls so he did not realize she was missing, and had not reported any concerns to authorities.
Funeral services are scheduled to take place Saturday at Mount Moriah #1 Missionary Baptist Church in Attapulgus, at 11 a.m.
Until she was 11, Gerald lived in Norland, Fla., then her family moved to Whigham. Gerald attended Cairo High School and was a Certified Nursing Assistant. She had attended Bainbridge State College and taken classes with a goal of earning an associate’s degree in business administration. The daughter of Gregory Gerald Sr., and Tangala Gerald, she also had two brothers and a sister. A complete obituary is published on Page B9 of this edition of The Messenger.
Posted in News