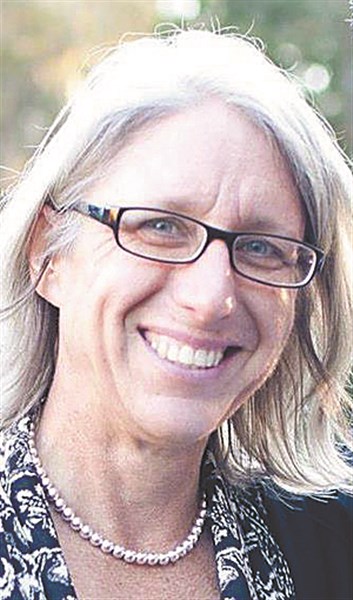 LAURA REGISTER has filled the District 3 post before on the Grady County Board of Education, and she hopes to represent the district once again.

A former member of the Grady County Board of Education is hoping to serve again, and has submitted a letter of interest announcing her desire to be appointed to fill District 3’s vacant seat on the panel. The post was recently relinquished by board member Allen Jenkins unexpectedly.
Laura Register, who filled that seat from 2002 until the end of her term in 2009, says she wants to return to the role.
“Public education is very important to me. It always has been,” says Register,  “all three of our children went through public school and had a really good experience, and I really believe a good public school system makes for a strong community.”
She and her husband, Dr. Ashley Register, have lived in Grady County since 1992.
Their oldest daughter, Ellen, is a 2008 graduate of Cairo High School and is completing her master’s degree in early childhood education at Berry College with plans to teach in Eastern Europe’s Belarus next year.  Anna Register, a 2009 graduate of CHS, is a 2013 graduate of Emory University’s Goizueta Business School and is working as an accountant with BDO in Dallas, Texas. Their son, Prescott, a 2011 CHS graduate, is currently a junior at Georgia Tech where he is studying material science engineering.
Laura Register was initially appointed to serve on the local school board in February 2002 to fill an unexpired term when then member Tyler Maxwell had to resign due to a change of residence. When that two-year appointment expired, Register ran and was elected to serve a full four-year term. She declined to run again at the end of that term so she could dedicate more time to her family, since her children were beginning to graduate and move to college.
Since, Register has become an active member of the Georgia Campaign for Adolescent Power and Potential, a statewide organization that began with a focus on reducing teen pregnancy but has since broadened its scope to empower adolescents so they make wise decisions in relationships, physical activity and nutrition.
Register also serves on the board of directors for Jackie Robinson Boys and Girls Club in Cairo; and on the board for the Thomasville Community Resource Center.
A native of Macon, she is a 1986 graduate of Mercer University where she earned a bachelor’s degree in computer science. She and her husband, a physician in Cairo since 1992, have been married since 1987.
Laura Register says even if the board appoints someone else to fill the District 3 post, she will qualify to run in the special election scheduled for November.
“I feel very strongly about it,” she says, “my agenda is to do what is best for the students and teachers of Grady County.”
Posted in News