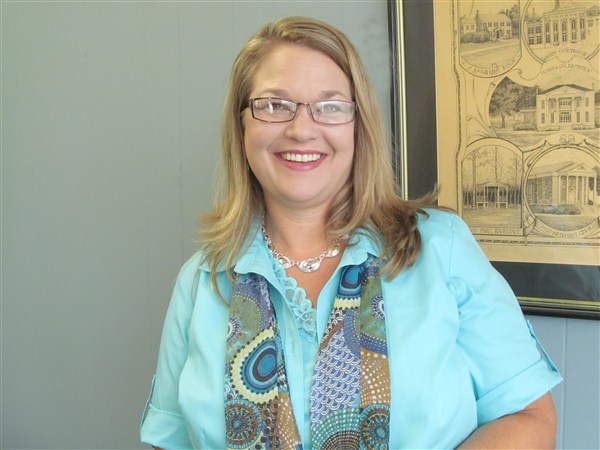 A public school educator formerly employed by the Grady County School System has been named the new principal of Southside Elementary School.
Incoming Superintendent Lee M. Bailey announced last Wednesday that he is recommending to the school board the hiring of Janet Walden as the new Southside principal.
Mrs. Walden is currently employed as a school improvement specialist with the Southwest Georgia Regional Educational Service Agency (RESA) of which the Grady County School System is a member.
Mrs. Walden, a resident of Grady County, came to work for Grady County Schools in 1993 as a teacher at Washington Middle School. She worked as a classroom teacher until 2001 when she was named the instructional coordinator at WMS, a post she held until 2004.
Mrs. Walden, the former Janet Ready, interrupted her career to stay at home with her son Will when he was born in 2004.
During her tenure with RESA, she worked part time as a safe and drug free schools coordinator and then, in 2006, she took on a full-time position as a science instructional specialist.
Last Tuesday, Superintendent Bailey, Assistant Superintendents Demetrius Cox and Dr. Kermit Gilliard, along with three Southside teachers interviewed four applicants for the Southside job.
According to Bailey, Mrs. Walden was the unanimous choice of the interview team.
“I feel very fortunate to have Mrs. Walden join our staff and believe she will be a great asset not only to Southside, but the system as a whole due to her strong background with RESA,” Bailey said.
Mrs. Walden will take the place of Lateesha Clinton who died earlier this year. The new Southside principal was part of the crisis team that responded to the school the day after Mrs. Clinton’s unexpected death.
Although Mrs. Walden does not officially take over the reins at Southside until July 1, she said she is already focusing on her new job.
She ends her service at RESA this week, but will continue to assist the RESA staff with the hiring and transition of her replacement.
“My first task will be to make sure all positions are filled with qualified people who are passionate about the kids. Next, I will make sure everything is orderly and ready for the opening of school,” Mrs. Walden said.
There is a teaching position open at Southside, and Mrs. Walden said she will begin interviewing candidates for that position very soon.
“I’ve had exposure to different types of elementary schools and what works in high performing schools through my work with RESA,” Mrs. Walden said. She said she sees immediately the opportunity for programs to be implemented that will challenge advanced learners.
“RESA has provided me with a plethora of opportunities to see what you should and should not do in school improvement. As an improvement specialist, I have kept up with the latest measures of how to improve in teaching and learning,” Mrs. Walden said.
The new Southside principal said she will spend the first few months of the new school term getting to know the approximately 630 students at Southside and making sure a quality educational environment is being offered.
“I want to honor and respect the work that Mrs. Clinton had done, and I want to continue the success that Southside has experienced because of her leadership,” Mrs. Walden said.
Mrs. Walden said there are major curriculum changes on the horizon and she will be working with her faculty to adjust to new science standards, as well as the new performance assessments that go along with the new common core curriculum.
She also will be evaluating the school’s Leader In Me program to insure it is running effectively.
“I am excited about this new opportunity and appreciate Superintendent Bailey’s support, as well as the support of the board of education,” Mrs. Walden said.
Mrs. Walden, 42, has been married to her husband Tracy for 20 years. They are the parents of 9-year-old Will, who will become a new Southside student this fall.
She is a 1989 graduate of Cairo High School and earned her bachelor’s, master’s, and specialist’s degrees at Valdosta State University.
Gary Keve, who has served as interim principal since the death of Lateesha Clinton earlier this year, will remain at Southside as the school’s assistant principal, according to Bailey.
Posted in News