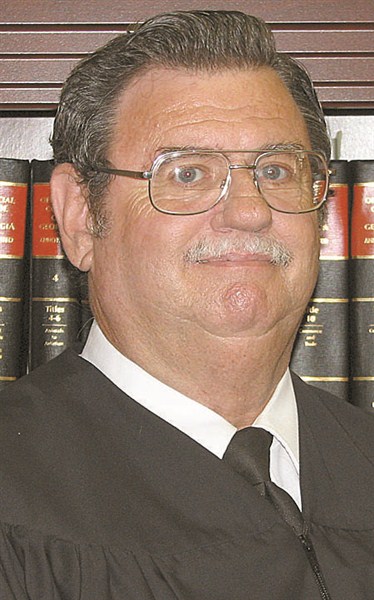 Grady County’s chief magistrate is opposed to a renewed discussion by county commissioners concerning a proposal to relocate the magistrate’s office to the Grady County Detention Center and he blames problems in the courthouse on a lack of communication.
“This idea has been hashed out before and found to not be feasible. In addition, the sheriff’s office is already so cramped for space that file cabinets are sitting in the hallway. What little spare room is at the jail should be allocated for the sheriff’s administrative use,” Chief Magistrate Larry Bearden said.
When contacted by The Messenger, Bearden responded to the proposal to relocate the magistrate’s office endorsed last week by Grady County Commission Chairman Billy Poitevint.
Bearden said this is an example of a communications breakdown.
“If Chairman Poitevint or any other commissioner had brought me in on their discussion about moving the magistrate court, they would have found out that 95 percent of the general public’s interaction with the magistrate court concerns civil litigation, not criminal,” Chief Magistrate Bearden said.
According to his records, from Jan. 1, 2013, through Memorial Day there have been 36 bond hearings held at the courthouse, many of those involving multiple defendants.
“This is an average of seven hearings per month and of those seven, approximately four had multiple defendants brought up at the same time,” Bearden said.
During the county commission meeting last week, Chairman Poitevint and County Clerk Carrie Kines alleged that sheriff’s deputies transported suspects to the courthouse from the jail “almost daily.”
The board chairman said that moving the magistrate to the detention center would reduce the cost of transporting suspects from the jail to the courthouse and would provide a more secure setting for bond hearings.
Bearden notes that from Jan. 1, 2013, through Memorial Day his office conducted 15 bond hearings, 52 misdemeanor/county ordinance arraignments/pleas and bench trials, seven warrant applications and two good behavior hearings, all at the jail.
“According to the jail administrator (Captain Tim Gainous), he currently has the technology in place to conduct bond hearings via video. All it would take is a link from the jail and a camera/monitor or television in the judge’s chambers, a judge’s home office or other location to set up. This would be a lot, lot less expensive than it would cost to relocate the court to the jail and would not inconvenience the public,” Bearden said.
Bearden claims that the relocation of the magistrate’s office to the jail would require criminal arraignments/pleas and bond hearings to be moved to the courthouse due to space constraints at the detention center.
The veteran county official said, “Superior and state court judges refuse to use the jail courtroom as it is insufficient to do court business.”
Chief Magistrate Bearden also rejects the suggestion by the county commission chairman that security would be enhanced if the magistrate’s office was moved to the jail.
“A person coming to the courthouse for a bond hearing knows that he or she will most likely receive reasonable bail and when they are finished with the hearing, he or she can bond out and go home. It is unlikely that the prisoner is going to act out of order knowing if he or she does so, their chances of getting a bond drops,” Bearden said.
He added, “a person coming to the courthouse for Superior or State court, knowing they are about to be sentenced to jail time, is more likely to commit an attempt to escape or other offense when he or she knows they will not be going home.”
Bearden said “there has never been a problem with holding bond hearings at the jail, if necessary.” He said he and his assistant magistrate, Pat Pollock, routinely go to the jail to hold hearings at night and on weekends when requested.
The longtime magistrate said civil action is the bulk of the magistrate court’s business. “The public, especially women, using the court do not want to have to go to a prison to conduct business,” he said.
“It is apparent that Chairman Poitevint does not know what all the magistrate court does. A bond hearing is a very small portion of what the court does. I attempted to have a conversation with him and was met with disrespect and conduct unbecoming to a public official,” Chief Magistrate Bearden said.
He also said the accusation that he demanded to be paid mileage to drive to the jail to conduct bond hearings was “totally false.” Bearden claims that was an accusation leveled by his political opponent in an election.
According to the chief magistrate, the minutes of past commission meetings reflect no such request being made.
During last week’s county commission meeting, there were also allegations of employees of elected officials being upset with Bearden.
“As far as the comment that employees have complained about the magistrate court, this has highly upset the employees of the court,” Bearden said.
According to the chief magistrate, his employees and the employees of the Probate Court “are very content in their jobs,” however, he added, “there appears to be a couple of people in the courthouse who may be jealous of the camaraderie between the employees of the magistrate and probate courts.”
Bearden is adamant that his office not be relocated for the benefit of someone who has violated the law at the expense of the general public that uses the court.
“All of this could have been prevented if there was communication,” Bearden said.
Posted in News