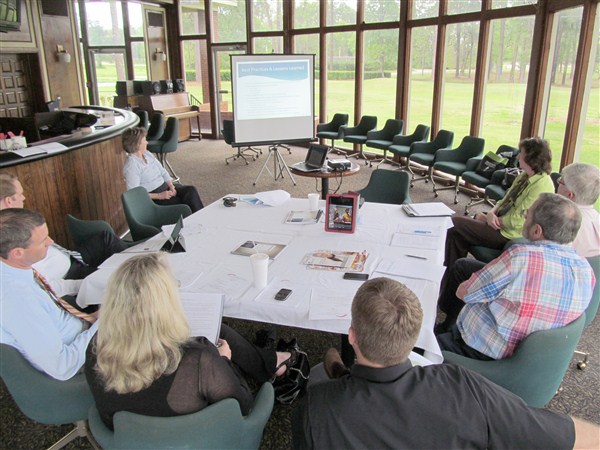 MEMBERS OF THE Archway Partnership executive committee listened to a presentation on the proposed aquatic center during a meeting at Cairo County Club Thursday.