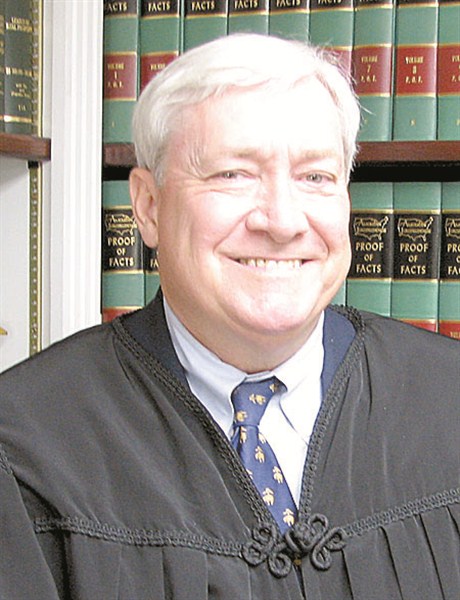 After nearly two years of intense investigation into his conduct, the Georgia Judicial Qualifications Commission last Wednesday settled with Grady County State Court Judge Bill Bass Sr., despite objections made by the prosecutors in the case.
Judge Bass, who refused to resign from office and instead forced the JQC to conduct a trial into his alleged misconduct, accepted a 60-day suspension without pay and agreed not to seek another term when his current term expires in December 2014.
Mitchell County State Court Judge Richard Waters has been appointed to serve during the duration of Judge Bass’ suspension and he held court here Monday as scheduled.
Former Georgia Attorney General Mike Bowers, who was one of the prosecutors in the case, opposed the JQC panel’s decision and told The Atlanta Journal Constitution last week, “I think he should have been removed from office.”
Apparently the six-member JQC panel, which included two judges and three past presidents of the State Bar of Georgia, disagreed and offered to settle the case.
The hearing, which began at 9 a.m. last Wednesday in Marietta, was expected to continue through Thursday and possibly into Friday.
The settlement took place shortly after the prosecutors concluded its case against Judge Bass and before Bass’ defense began.
The Grady County State Court judge was represented by attorney Chris Townley of Rossville, and in his opening statement he accused the JQC lawyers of overreaching, according to published news accounts of the hearing.
“He is not corrupt. He is not dishonest. He cares about people,” Townley told the JQC panel.
The Atlanta Journal Constitution reported that during testimony Judge Bass expressed regret for some of his behavior and said people may have misunderstood his sense of humor.
The judge’s attorney told the JQC panel that Bass had used poor judgement in the past, but had learned from his mistakes and should not be removed from the bench.
In addition to the two month suspension Judge Bass will remain on probation for the duration of his term on the bench.
Judge Bass told The Messenger he accepted the ruling of the JQC and looked forward to completing his term and serving the citizens of Grady County. He also expressed thanks for those who supported him and his family over the course of the last several months through prayer and other kind acts.
The judge is in the middle of his third term as head of Grady County State Court.
Judge Bass is a past president of the Council of State Court Judges and has been asked to teach continuing education courses for the state’s judiciary.
Bass will return to the bench in May.
Posted in News