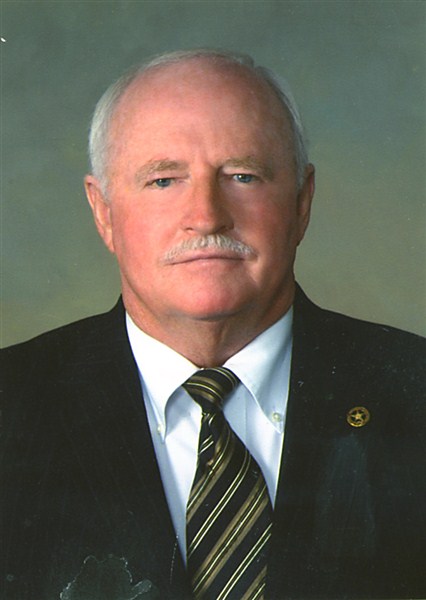 Inmates in the Grady County Detention Center will soon have a higher standard of healthcare while incarcerated, but they will also have to pay part of the bill.
Grady County Sheriff Harry Young told Grady County commissioners Tuesday he plans to implement a $5 copay charge for inmates each time they require medical treatment.
The late Rusty Moye, Grady County administrator, had shared with the sheriff a news article from The Augusta Chronicle concerning the decision in Richmond County to charge inmates a $5 copay.
“I think it is a good idea. It may stop some of the unnecessary visits to the doctor or emergency room if they have to pay $5 they could use to buy a Coke or some chips,” Sheriff Young said.
The sheriff said the copay will be taken out of the inmate’s commissary account.
Sheriff Young said he had discussed it with Jail Administrator Captain Tim Gainous and they plan to implement the new policy right away.
On Tuesday, the sheriff also recommended the county enter into a contract with Innovative Health Care Solutions of Georgia, LLC. The company, based in Valdosta, is run by Richard Raines, who serves on the Lowndes County Board of Commissioners.
A second proposal made by Dr. Allen Lee of Southland Emergency Medicine – Hospitalist – Consulting Services, the firm that manages emergency room operations for Archbold affiliated hospitals and other southwest Georgia healthcare institutions, was also being considered by county officials.
Sheriff Young said after evaluating both proposals it is his recommendation to contract with Innovative Health Care Solutions.
Raines and Sheriff Young are looking at having a nurse at the jail five days a week from 8 a.m. until noon and on call 24 hours a day at an annual cost of $129,804.
The proposal from Southland was for six days a week from 8 a.m. until 11 a.m. and on call 24 hours a day at an annual cost of $137,000.
The county budgeted $125,000 for inmate healthcare in its 2013 operating budget. County Clerk Carrie Kines pointed out that the potential for additional savings in the sheriff’s office payroll and overtime expense could be realized by reducing the number of doctor and emergency room visits.
“What we want to do is to have medical professionals in the jail and not just put medical professionals in place in emergencies and suck county resources,” Raines said.
According to Raines, his firm will be able to X-ray inmates and take ultrasounds at the jail. The company will also make it possible to conduct EKGs on site rather than transporting the inmates to the emergency room.
Raines noted that while reducing medical liability, the primary focus is providing the level of care that the county is legally bound to offer.
Commissioner T.D. David asked if Innovative Health Care Solutions could provide inmate healthcare as cheaply as the care the county is currently providing.
“This is preventive maintenance. We can do better and, yes, we can do it cheaper. Right now, you are taking everyone to the hospital. We will have an EKG machine at the jail and, even at the Medicaid rate, every time you go in for an EKG you are talking about $3,000,” Raines said.
Vice Chairman Billy Poitevint asked how would the administering of prescription medicines be handled at night.
According to Raines, the majority of prescriptions are once a day, but his nurse would prepare prepackaged medicines that jailers could give to inmates whose prescription calls for twice a day doses.
“Richard (Raines) is a county commissioner and he knows both sides of the situation. I believe he will be good for our county,” Sheriff Young said.
Commissioners asked Raines to submit a revised contract good for one year and to include a 60-day notice of cancellation. The board voted unanimously to enter into a contract with Innovative Health Care Solutions effective Jan. 1, 2013.
Raines estimates it will take 30 days for him to hire the two nurses who will man the Grady County jail.
Posted in News