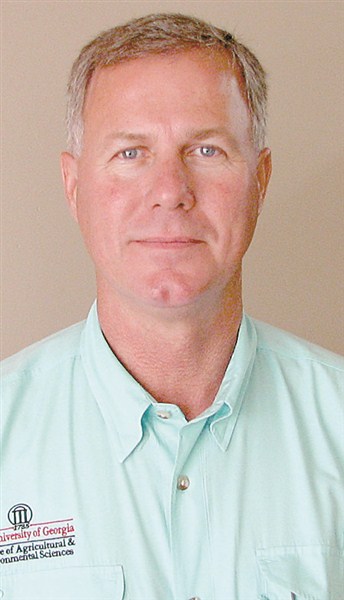 The impact of the drought in the Midwest has produced an ever-expanding series of agricultural and economic ripples that have made their way to southwest Georgia and taken a toll on local farming practices. Surprisingly, though, not all of the impacts have been negative.
The unusually hot and dry summer experienced by key farming regions in the United States this year has led to predictions of the poorest corn yield in recent history. Because states in the Midwest overwhelmingly determine the corn market – as local farmer Ray Prince points out, “one county in Iowa grows more corn than all of Georgia” – the failure of crops in Corn Belt states has meant higher prices for surviving corn crops all over the country.
Prince says he believes most Cairo area farms to be in “pretty good shape” as far as drought is concerned, claiming, “we had some spots that were dry real early on,” but that crops seem to be doing well. He adds that he is even hoping for a few dry days to help facilitate harvests.
University of Georgia Extension Service Agent Don Clark says that some farmers in the area are putting in late crops of corn and soybeans in order to take advantage of drought-affected markets. Clark claims that local farmers have the opportunity to make the most of the drought by selling larger harvests at the high market prices that have resulted from low crop yields in the Corn Belt.
Clark says he does not even expect cattle farmers in Grady County to experience much setback due to the rising price of corn-based cattle feed, which has been a significant concern in other parts of the country. He explains that many cattle farmers in Grady County rely primarily on pastureland rather than supplementary feed to support their herds.
“Livestock producers depend on pasture and forage […] we don’t feed out in this area,” says Clark. “Feeding out” is the process by which livestock is fattened to a marketable weight, typically using corn-based feed. With the exception of a few, scattered farms in the county that heavily rely on corn products for their cattle, says Clark, most local farmers sell their calves at 500-600 pounds to larger feedlots elsewhere that concentrate on putting more weight on the animals.
Furthermore, Clark claims he does not expect Grady County farmers to struggle to sell their young, “feeder” cows to the larger lots, even though the lots will be facing elevated feed prices. He explains that recently, “There’s been such a downsizing of herds across the country, I don’t think they’ll have a problem selling at all.” He does say, however, that he foresees the feedlots needing to feed out their herds more economically than they have done in the past.
More than the drought, Clark asserts that his main concern for local farming is the alarmingly high cost of production, which he claims ties into escalating fuel prices. “The production price of these crops has soared right along with fuel prices,” suggests Clark.
He says he fears “if we see some downward pressure on prices, with production costs as high as they are, or even one bad year, [it could cost farmers millions.]” Clark explains that farmers are forced to invest so much money in their crops in recent history that if they are unable to sell their product at a high enough price, or if they face one year of poor conditions and a bad harvest, he worries that some farms could lose everything.
Prince Farms, located off Woodland Road in Cairo, is one of the local farms facing high prices for fuel, fertilizers, pesticides and other crop-production necessities. Ray Prince says that not even the high corn prices this year have been enough to comfortably offset staggering production costs; “Corn prices doubled,” he says, “but when you’ve got input costs up four times, it doesn’t work out in the long run.”
Ray Prince and his son, Cole Prince, describe their farming operation as “very diversified,” and say that they produce “a little of everything,” including 2,000 acres of cotton, as well as corn, peanuts, cattle and several other agricultural products.
Ray claims that Prince Farms did not make significant crop adjustments to take advantage of high market prices. “It’s kind of late in the season to adjust,” says Ray, who goes on to explain that he refrained from late-season planting not only because of high production costs, but also because he is concerned that local infrastructure is not prepared to support a huge crop influx.
“It used to be that every little town had a grain buying place,” but now, according to Ray, Prince Farms has a fairly limited pool of potential buyers, the main purchaser being Southwest Georgia Ethanol, located between Camilla and Pelham.
Clark, on the other hand, says that “we don’t have the huge grain elevators that they have in the Midwest, but we don’t need them.” Clark says he believes that plenty of opportunities exist for farmers who choose to plant late crops to sell them.
One thing on which Clark, Ray and Cole can agree is that “extremes in high and low prices are not really as healthy as a steady price,” as Clark explains it. “I’d rather see corn at a cheaper price,” says Ray, who says that the high price of corn is actually resulting in an “off kilter” agricultural economy. He adds, though, “you deal with it and do the best you can do.”
Posted in News