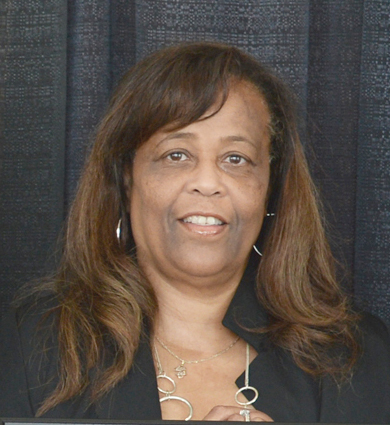 Grady County Commissioner LaFaye Copeland made yet another unsuccessful attempt Tuesday night to garner support from her fellow commissioners to institute a mask mandate for those entering county buildings.

Commissioner Copeland, who participated in Tuesday’s meeting via conference call, said, “I’ve brought this up a couple of times before, but it is a subject very close and dear to my heart. We have to do our part to prevent the spread of COVID-19 by mandating the wearing of masks inside county buildings.”
“Some have stated it is a choice (to wear a mask or not), but wearing a mask has been proven to help decrease the spread,” she added.
The District 4 Commissioner also noted that members of the commission, commission office, and other county employees had contracted the virus.
“It is time we take a stand and at least try to do something. Some say the virus is a hoax, but it’s not a hoax. It’s for real and we should do everything in our power to prevent the spread,” she said.
“Unless you are wearing an N-95 mask you’re not doing much, if any good,” Commissioner Ray Prince, who is recovering from COVID-19, said Tuesday night.
Commissioner Copeland agreed that the N-95 masks were the most effective and she acknowledged that not all masks were highly effective, but she said that all masks offered some protection. Combined with social distancing and frequent washing of hands, Commissioner Copeland said that a mask mandate would be effective in combating the spread of the virus.
The District 4 commissioner offered a motion to implement a mask mandate for all county buildings, but no one seconded her motion, however the discussion continued. Grady County Administrator J.C. (Buddy) Johnson III, who also participated in the meeting via conference call, suggested a second was needed for additional discussion. Johnson said a commissioner could second the motion for the purpose of discussion and would not be required to vote in favor of the motion.
No commissioner would second the motion for discussion either and Chairman Phillip Drew declared the motion died for lack of a second.
“I appreciate your effort Ms. Copeland. If people will just use common sense and stay away from folks and use sanitizer, which I do, we can get through this,” Chairman Drew said.
“Well I tried,” Commissioner Copeland said and she thanked the chairman and her fellow board members for hearing her out.
Posted in News