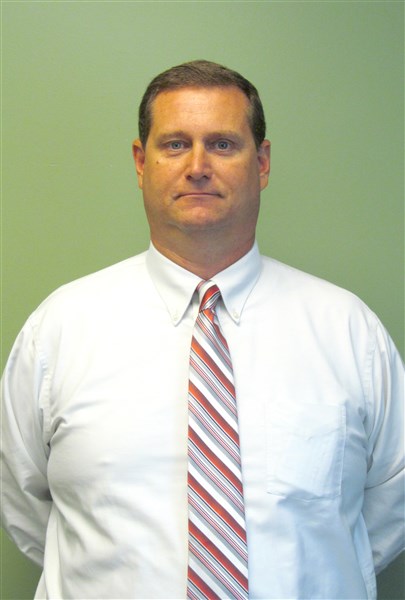 In August it will have been 21 years since Todd Jones took a job as a classroom teacher at Shiver Elementary School, but when the 2015-2016 school term begins he will be the principal of the school.
The Grady County Board of Education voted unanimously Tuesday night to accept the recommendation of Superintendent Lee M. Bailey and Superintendent-elect Dr. Kermit Gilliard to hire Jones as principal at Shiver.
“It has been my desire to become a principal for the past several years and this is an opportunity to go back where I started my career and be a part of the Shiver family.  I am aware of  how unique Shiver is as a community school with a lot of support from parents.  I appreciate all of the principals that I  worked under who have given me the ability to gain experience in many areas.  My immediate goals are to hire an assistant principal and guidance counselor and to become familiar again with the school,” Principal Jones said Tuesday.
The Cairo Messenger first reported the selection of Jones as the replacement for retiring Shiver Principal Patsy Clark on cairomessenger.com last Thursday.
“Patsy Clark has done a wonderful job as principal of Shiver School. I feel that Todd Jones will likewise take full ownership of, and transition, that school even further. Todd has served Grady County many years as an administrator in schools ranging from elementary, middle and high school. Mr. Jones is well versed in the particulars of school management and achievement. I’m proud of the job Todd has done while at Washington Middle School, and I know he will continue to create, as well as promote, the kind of climate which will be conducive to a strong educational environment,” Superintendent Bailey said this week.
When he was hired as a teacher at Shiver back in 1994 Jones taught reading and math in grades 6-8. During his tenure at Shiver, he also coached football at Cairo High School and basketball at Shiver.
From 2003-2004 he served as a part-time assistant principal at Shiver before being transferred to Cairo High School in 2004 to become assistant principal.
In 2011, Jones was named the school system’s athletic director, a post he will vacate and that role will be assumed by former CHS head football coach Tom Fallaw, who announced last week he was stepping down as the head coach of the Syrupmakers.
Most recently, Jones has served as an assistant principal at Washington Middle School where he was transferred to in 2013.
The new Shiver principal is a 1986 graduate of Cairo High School. He has also earned a Bachelor of Science in Business Administration/Marketing from Valdosta State College; his Georgia certification in Middle Grades Education from Valdosta State; his Master’s in Educational Leadership and Supervision from Valdosta State; and an Educational Specialist in Educational Leadership from Albany State University in Albany.
“Mr. Todd Jones, a native of Grady County is no stranger to Shiver Elementary School.  He began his teaching career there as a classroom teacher and later served as the Assistant Principal.  His experience at Cairo High School and Washington Middle School has prepared him for his next opportunity, principal of Shiver School.  Mr. Jones’ experience has helped him gain the knowledge to prepare our students for high school.  He is also a disciplinarian when necessary. I am excited to have Mr. Jones willing to assist our Shiver students in meeting their academic goals,” Dr. Gilliard said.
As Jones departs as athletic director he paid homage to those working with him in the school system’s athletic program.
“This was my fourth year as Athletic Director. I want to say thank you to all of the coaches that I worked with.They are a great group that worked together well as a team. I have worked alongside Coach Fallaw and I think he will do a great job as Athletic Director. As head of football operations he has been involved with many of the decisions that have been made in the past.  He has been and will be committed to the  success of Cairo High and Grady County athletics,” Jones said.
Jones also had praise for Fallaw’s replacement as head coach, Coach Steve DeVoursney.
“Coach DeVoursney has a proven track record as a great  football coach.  He did a great job as defensive coordinator for us last year and has been a part of a successful program and championship team when he was at Griffin,” Jones said.
Posted in News