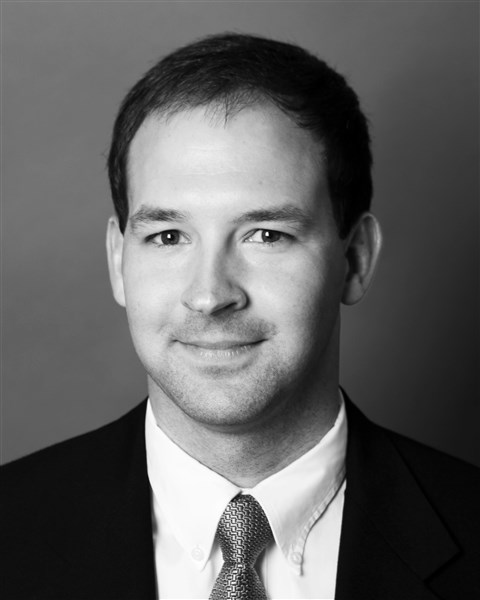 T. A. “BO” ROSSER is the new president and general manager of Grady EMC.

Grady Electric Membership Corporation is now operating under the leadership of a new president who is very familiar with the member owned energy provider. T. A. “Bo” Rosser Jr. is the third generation of Rossers to serve as president of the electric utility, which is located in Cairo and has 13,500 customers in Grady, Thomas and Decatur counties.
Rosser, 30, has worked at Grady EMC full time since March 2009 when he was hired as an auditor. Then, 18 months ago, he was promoted to assistant manager.
As the new president and general manager, he takes the place of his father, Thomas A. “Tommy” Rosser, who has retired. His grandfather, Adrian Rosser, was also general manager of the cooperative.
“The biggest challenge to the electric industry today is the uncertainty of the current administration in regard to regulation, specifically environmental, which will impact the generation that supplies all electric systems. Regardless of our personal attitudes, the government is the driving force on this front and the decisions being made will impact all consumers,” Bo Rosser says. “Grady EMC strives to be a good steward of the environment, as well as following all applicable regulations while seeking to increase efficiencies through better technology and a well trained workforce.”
Grady EMC has 67 employees.
Prior to working for Grady EMC, Bo Rosser was a banking officer with Thomasville National Bank for more than three years. He completed the Thomas County Leadership program and several finance and banking courses through the American Institute of Banking.
Rosser was raised in Cairo and is a graduate of Brookwood School. He continued his education at Thomas University where he earned a bachelor’s degree in business management and, in 2009, he graduated from Florida State University with a master’s degree in business administration.
Married to his high school sweetheart, Hollie, they have three children, Chip, 6, Eliza, 4, and Henry, 2, and the family resides in Thomasville.
Family tradition at Grady EMC is important to Rosser who says, “I remember my grandfather’s passion for the electric co-op as well as my father’s, always seeking the best options for the members in the face of increasing regulation, extreme weather and local challenges. I plan to continue that success and provide consumers with the best service possible.”
Posted in News